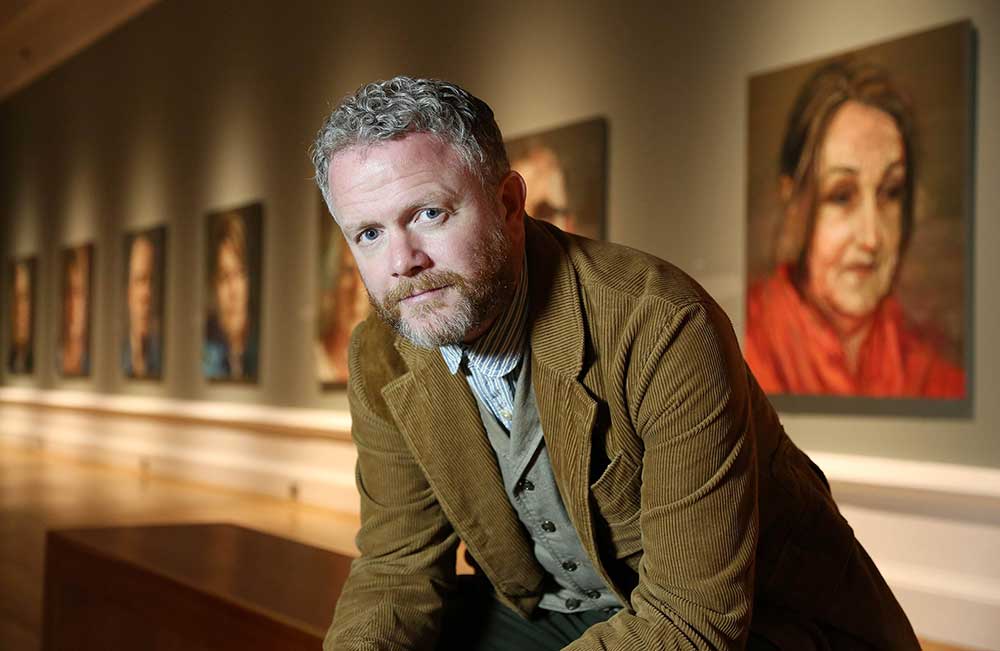 The Chancellor of Ulster University is globally renowned artist Dr Colin Davidson. He was installed as our sixth Chancellor in 2021.

Dr Colin Davidson embodies the creative and contemporary spirit of Ulster University. As Chancellor he is an inspiration to our students and an ambassador for Ulster University and Northern Ireland across the globe.

Colin graduated in 1991 from Ulster University with a first-class honours degree and has since become one of the world’s pre-eminent contemporary artists.

He has structured his practice in themes, and since 2010 his focus has been on painting grand scale portraits, which have won widespread recognition and many international awards. He has painted the German Chancellor, Angela Merkel, for TIME Magazine’s ‘Person of the Year’ cover, he was commissioned to paint an official portrait of HM Queen Elizabeth II and Presidents Bill Clinton and Michael D Higgins as well as Brad Pitt, Ed Sheeran, Liam Neeson, Brian Friel, Sir Kenneth Branagh, Christy Moore, John Hume, Gary Lightbody, Edna O'Brien, Glen Hansard, Mark Knopfler and Seamus Heaney.

The role of Chancellor