The Norbrook Chair in Pharmaceutical Science

Professor Callan earned his BSc Hons and PhD degree in Chemistry from the Queens University of Belfast (QUB) in Northern Ireland. He then worked in the pharmaceutical industry for four years before returning to QUB as a postdoctoral research fellow in the group of Professor AP deSilva.

Part A. Photo/Sonodynamic Therapy:  Research in the PDT / SDT area seeks to improve the solubility and increase the tissue penetration depth of conventional photosensitising (PS) drugs through attachment to micro / nano- particles. Research has shown that covalent attachment of the Rose Bengal or PPIX sensitisers to a hydrophilic Quantum Dots increases the solubility of the sensitiser drug by significantly. In addition Professor Callan has shown that it is possible to indirectly excite the sensitiser using two photon irradiation at 800 nm. Given the tissue penetration of 800 nm light is over four times greater than 565 nm light (where the sensitiser absorbs) the tissue penetration capability of these conjugates are significantly better than conventional PS drugs alone.

SDT, sensitiser drugs are activated by ultrasound (US) as opposed to light in PDT. US has a significantly better tissue penetration capability than light therefore potentially permitting access to deeper seated tumours. In collaboration with Professor Tony McHale’s group , the group have shown that covalently attaching a Rose Bengal sensitiser drug to a lipid microbubble, results in significantly greater ROS generation relative to the sensitiser drug alone. Furthermore, it is possible to selectively destruct the microbubble at the tumour site using a focused ultrasonic pulse allowing targeted delivery of the sensitiser drug.

Part B. Supramolecular Chemistry for hydrophobic drug delivery and intracellular light triggered communication:  In collaboration with Professor Francisco Raymo’s group at the University of Miami, Professor Callan has developed a novel amphiphillic micellar delivery system that enables the delivery of otherwise insoluble compounds inside living cells. Furthermore, he is able to demonstrate the light triggered communication between a FRET donor and acceptor within the cell to prove the micelle remained intact. He has also demonstrated the light triggered release of photo-cleavable groups from the surface of Quantum Dots within cells that switched the fluorescence of the QD from Off to On.

Part C. Luminescent Sensors: The group's work in this area focuses on the development of novel luminescent sensors and switches based on low molecular weight, polymeric and semiconductor compounds. A considerable part of this work concentrates on the development of new sensors that comprise Quantum Dots (QDs) as the signalling component. QDs are a new and exciting class of fluorescent compounds that offer considerable advantages in optical performance over traditional organic dyes. Professor Callan's group were the first to develop QD based “On-Off” and “Off-On” fluorescent sensors for anions as well as an “On-Off” sensor for ATP. He has also shown that the Schiff base functionalized QD, serves as a chromogenic sensor for the simultaneous detection of Cu(II) and Fe(III) in aqueous solution. This work has been featured in the Chemical Science section of the RSC monthly magazine Chemistry World.

Department of Education for Northern Ireland. 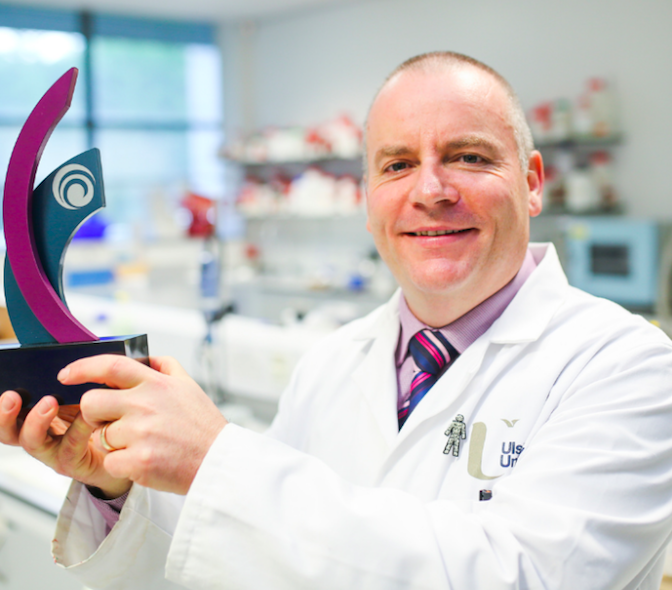 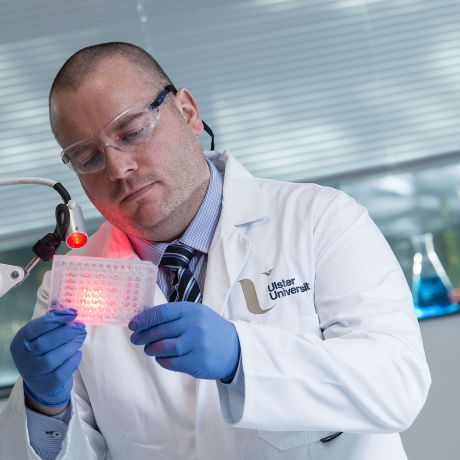 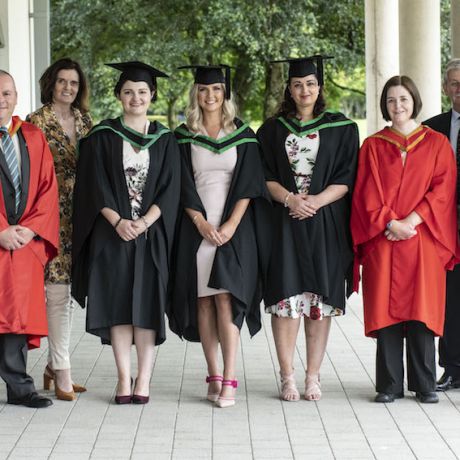 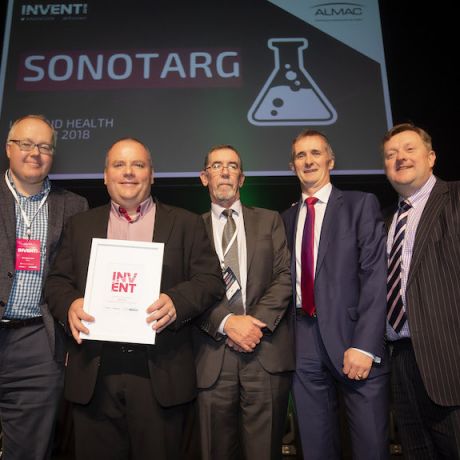