Dr Bridgeen Callan graduated with a first class honours degree in Chemistry in 2002 from Queen’s University, Belfast and completed her PhD in physical organic chemistry in 2006 from the same institute.

In 2006 she moved to the school of Pharmacy at the Robert Gordon University, Aberdeen to undertake a medicinal chemistry research position before accepting her first lectureship in 2008.

Dr Callan joined Ulster University in 2010 and is currently the course director for the pharmaceutical biosciences degree programme.

She is a member of the Royal Society of Chemistry and the Pharmaceutical Society of Great Britain as well as being a fellow of the Higher Education academy.

Dr Callan’s research interests lie at the interface of chemistry and biology. It can be separated into two main areas. The first is the development of novel polymeric drug delivery systems. In particular the use of amphiphilic polymers to create self-assembling nano-vehicles capable of transferring both hydrophobic compounds and highly charged hydrophilic compounds across cell membranes.

The second area of interest involves the use of Quantum Dots (QDs) and their potential application as photosensitisers in Photodynamic therapy (PDT). Photodynamic therapy (PDT) represents a promising, minimally invasive therapy for cancer.  Therapy involves administration of a photosensitiser (PS), absorption of the PS by tumour tissues and subsequent exposure of those tissues to light.  Exposure to light at the appropriate wavelength stimulates the generation of cytotoxic singlet oxygen and/or other reactive oxygen species (ROS) through the photodynamic effect. QDs have many photophysical benefits over conventional photosensitisers, namely their high two photon absorbance cross section which increases the penetration of light, thus improving the efficiency of PDT for deeply seated tumors. They are also size tunable which in turn can alter their emission properties and finally they are not as susceptible to photobleaching as conventional fluorescent dyes. 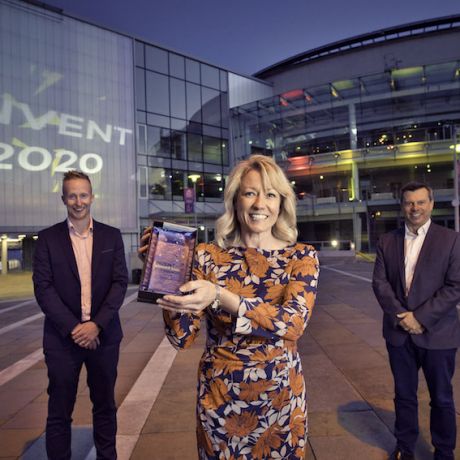