Professor Deirdre Heenan has been appointed Provost of the Magee Campus of the University of UlsterShe is a central figure in the University’s plans to expand Magee and will combine her duties as Provost with the role of Dean of Academic Development (Magee) which she has held for the past year-and-a-half. 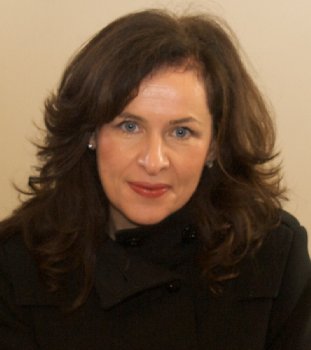 She is a central figure in the University’s plans to expand Magee and will combine her duties as Provost with the role of Dean of Academic Development (Magee) which she has held for the past year-and-a-half.

A distinguished academic, social policy expert and media commentator, she is the first woman Provost at the Londonderry campus since it became part of the University in 1984.

Announcing the appointment, the University’s Vice-Chancellor, described Professor Heenan as “a robust champion of Magee and of its role in stimulating sustainable economic growth and social cohesion in the North West.”

He added: “Professor Heenan has shown unstinting commitment to progressing and developing the North West Development Plan for Magee. She will bring to her additional role as Provost a vibrancy that infuses all her other commitments.”

Professor Heenan said: “I am privileged to be appointed to this position at such a pivotal stage in the development of higher education in the North West. The University and people of this city want Magee to grow. We all share the conviction that the ball is now firmly in the new Executive’s court.”

Professor Heenan succeeds Professor Jim Allen, who was Provost from 2006 until his retirement in May. Professor Allen and his predecessors steered Magee to its current success as a thriving campus with a full-time student population that has grown from just 186 in 1984 to more than 4,000 today.

Professor Heenan has been Acting Provost for the past year. As a member of the University Senior Management Team, she spearheads the implementation of the North West Development Plan and oversees increased course provision and student enrolments on the campus.

In the past 18 months, key aspects of Magee’s expansion have been achieved, including additional STEM-related (Science Technology Engineering and Mathematics) courses, innovative new business and professional services courses,  and growth in creative and digital arts study programmes.

Importantly, a major land availability hurdle has been surmounted which will enable Magee to double its land footprint. Successful discussions with Foyle and Londonderry College have cleared the way for the University to take possession of 30 acres at Northland Road when the College transfers to its new location at Clooney in the Waterside.

Professor Heenan said: “Government investment in Higher Education is a primary route out of national economic crisis and a spur to regional regeneration.

“The University has clearly flagged up its views on the big questions of the day here: the need for expansion of Magee, an end to the cap on undergraduate places, a fair deal on tuition fees, and the importance of our mission to break down barriers and open university study to all who can benefit from it.

“My fervent hope is that the Assembly and Executive will give us the green lights to advance on all fronts.

Professor Heenan lives in Derry and is married with three sons. Originally from Annaclone, Co Down, she was educated at Banbridge Academy before attending the University of Ulster, where she completed a BSc (Hons), PGCUT, MSc, and Phd.

She is a highly respected researcher, author, lecturer and broadcaster and has published extensively in national and international journals.  She is a co-founder and former co-director of the Northern Ireland Life and Times Survey which has become a key statistical resource for schools, academics and policy makers.

She was appointed to a Lectureship in Policy Studies in 1995, became a Senior Lecturer in 2003, a Reader in 2005 and a Professor in 2007. In 2001 she was awarded a Distinguished Teaching Award and this was followed by a prestigious National Teaching Fellowship from the Higher Education Academy in 2006.

Professor Heenan is one of only eight National Teaching fellows in Northern Ireland. In 2008, she was appointed as an External Examiner to Trinity College Dublin.  In 2008-9 she spent nine-months working as a policy adviser in the Office of the First and Deputy First Minister.