Dr Jolene Mairs Dyer studied English Literature at the University of Sunderland before spending a year living and working in Toronto, Canada.  She returned to Northern Ireland where she worked in the Northern Ireland Housing Executive before completing a Masters of Social Work (MSW) at Queen’s University, Belfast.

She worked in Child Protection services before moving into the field of Mental Health.  In England, Jolene worked in a private secure hospital for women before working for the NHS in an outpatient therapy service providing Cognitive Behavioural Therapy (CBT), Dialectical Behaviour Therapy (DBT) and Analytic therapeutic groupwork. Alongside this she began making documentary films (her first film was screened at short film festival in Belfast) and returned to Northern Ireland to complete a Masters in Documentary Practice at Ulster University.

This led to her PhD, which combined her experience as a Mental Health professional with her interest in filmmaking in her practice-led PhD in Documentary Practice: ‘Audio visual Storytelling in Post-conflict Northern Ireland. Participant and audience responses to filming, editing and exhibiting memories of the Troubles via two practice-led collaborative documentary film productions’.

Jolene teaches history, theory and practice of documentary with a particular interest in the work of Kim Longinotto and Werner Herzog.

She also teaches editing theory and practice with an emphasis on key theoretical and technical movements and developments from the Silent era through to the present.

In addition, she teaches media and mental health, with an interest in how mental health is represented across TV, film and print media as well as the impact of social media on its users.

She completed the PgCHEP at Ulster University in 2016, which solidified her belief in the necessity of interactivity as a tool to consolidate learning.

She actively encourages students to operationalize and consolidate key concepts and skills in order to promote Bigg’s (1999: 60) notion of ‘deep learning’ whereby ‘meaning is not imposed or transmitted by direct instruction but is created by the student’s learning activities.’

Jolene has research interests in collaborative documentary filmmaking/visual practice in post-conflict societies (particularly in post-agreement Northern Ireland) where the ownership of the material is shared between producer/director and the storyteller. She explored this in her PhD research, which considered how these practices impact on both participants and audiences. As part of this she produced two collaborative documentary films. She filmed and edited Unheard Voices (2009), a 30min documentary telling the stories of six people who lost a loved one or were themselves injured as a result of the Troubles.

Jolene also edited material from Cahal McLaughlin’s Prisons Memory Archive to create Unseen Women: Stories from Armagh Gaol (2011), a 26min documentary and multi-screen gallery installation shown at Belfast Exposed in June 2011. Her most recent work, Women's Vision from Across the Barricades, adopted similar collaborative practice in the creation of a photobook, which depicts issues affecting women living in interface areas of post-agreement Belfast.  She welcomes applications from PhD students interested in practice-led research, particularly around audio visual research methods as a means of representing marginalized groups.

As a collaborative, practice-led practitioner, Jolene’s research is rooted in civic contribution.  Her practice-led PhD research was embedded in work with community organisations, most notably with WAVE Trauma, a charity that supports people affected by the Troubles. Screenings of her work have taken place in community settings across Northern Ireland, the UK and the US.

Her most recent project Women's Vision from Across the Barricades (2015) saw her work with Shankill Women’s Centre and the Greater North Belfast Women’s Network.   She is continuing to develop strong civic connections between Ulster and the wider community.  Jolene has been a Fellow of the Higher Education Academy (FHEA) since 2016 and has been a Registered Social Worker since 2004.

In addition, she collaborated with Dr Helen Jackson and Philip O’Neill from the Office of Digital Learning and undergraduate students to create ‘Risky Business’ (2017) an interactive online teaching tool aimed at improving student engagement with, and knowledge of, the risk assessment process in creative filmmaking projects.  It won the 2018 International MEDEA Award for user-generated content. 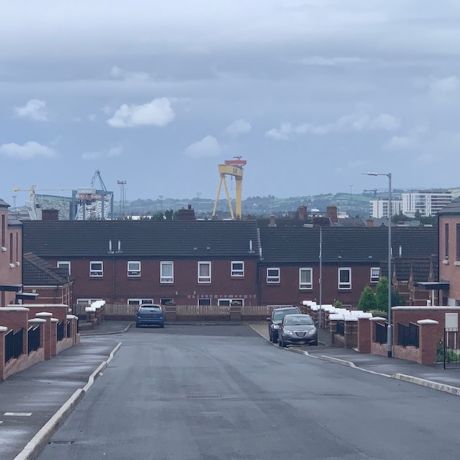 Women’s Vision in Transition: Photobook illustrates how much can be achieved when women come together to address cross-community social issues 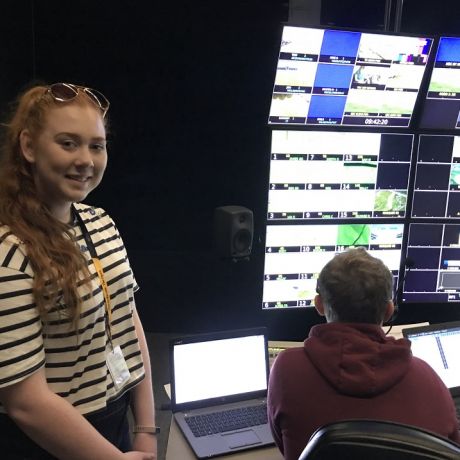 Ulster University students showcase their skills at The Open