Senior Lecturer in Law and Director of Mooting

Ciaran White has been a Senior Lecturer in Law at the Law School, Ulster University, since 2000, having been a lecturer since 1991, and a Research Assistant in the Queen’s University, Belfast before that, from 1990-1991. Educated in University College Cork, Queen’s University Belfast and the Honorable Society of King’s Inns, he has academic interests in public law, employment law and family law, in which areas of law he has also practised at the Northern Ireland Bar since 2003.

He has a long-standing interest in issues of human rights, discrimination and equality, reflected in some of his publications and his activist work in the past and in the present:  for example, he was chair of the CAJ’s Racism sub-group that campaigned successfully for the introduction of the Race Relations (NI) Order in 1997 and from 2009 until its formal termination in 2016, he was a member of the Advisory Group of Disability Action’s, Centre for Human Rights for Disabled Persons.

He is also the author of ‘Northern Ireland Social Work Law’, the primary legal text used in the education of social work students and in social work practice in Northern Ireland. With strong interests in the leveraging of the legal academic and practice worlds, he was Director of the Ulster University Law Clinic, a live client clinic in which law students represented public clients in employment and social security tribunals, a first for the island of Ireland, from 2012-2016. He also promotes mooting amongst the student body as part of this interest. 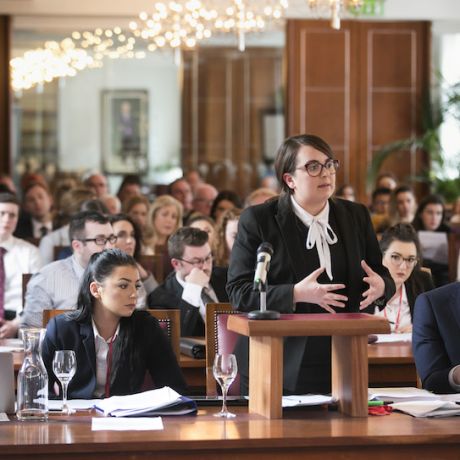