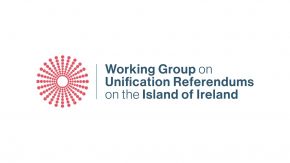 The report examines the legal rules for referendums north and south of the border, and assesses different ways of designing them based on criteria of procedural legitimacy, stability, simplicity, informed choice and inclusivity. Three possible referendum configurations are identified as deserving further consideration. The authors are inviting further feedback ahead of a final report next year.

The Group was set up to examine how any future referendums on whether Northern Ireland would stay in the United Kingdom or become part of a united Ireland could best be designed and conducted. It takes no view on whether holding such referendums would be desirable or not, or what the outcome should be if referendums were to be held.

Instead, it considers overarching issues such as sequencing timescales, out of date rules, campaign spending and the quality of information available to voters during any campaign periods.

It has examined the issues in depth over the past year and gathered evidence from a wide range of groups and individuals. The Group is based at the UCL Constitution Unit, which has a long history of independent research into referendums in the UK and internationally.

“We have embarked on this work not because we think referendums are imminent—we do not—but because the whole process needs to be thought through well in advance. The years of acrimony following the Brexit referendum illustrate the dangers of a vote called without adequate planning.

“To hold another referendum without a proper plan would risk the legitimacy of such a vote and political stability on the island of Ireland.”

Key findings and conclusions of the interim report:

The Working Group is funded by the British Academy under its Humanities and Social Sciences Tackling the UK’s International Challenges programme, and by the Joseph Rowntree Charitable Trust.

The members of the Working Group are:

“Our Working Group is focused on the procedures as opposed to the politics of a referendum. We just want to help ensure that, if a referendum does happen at some point, it can be conducted fairly and robustly. We think it is really valuable to have worked through these issues, so that people can see what might be involved.”

“Provision for referendums on unity is in the Agreement, and the law may require one at some point – though we make no assumption it’s inevitable. But there is little in the Agreement about what happens next, or what a united Ireland would look like. It’s right therefore to consider the many issues, sometimes very difficult, that arise. Indeed there is already vigorous debate about them. It needs to be properly informed, and comprehensive, and we hope our report will contribute to that.”

“Taking part in the Working Group has been a real education for all of us. There are no easy answers to the question of how any future referendums on the unification question would best be conducted—all of the options have strengths and weaknesses. We have set those out dispassionately in the report. We’re keen now to hear from others about what they think.”

“Participating in the Working Group has really brought home to me the extent to which existing rules for referendums in the UK and Ireland are not fit for purpose. Referendums on the unification question would present voters with a truly momentous choice. The rules in both countries must be brought properly up to date to prevent that choice from being undermined by misinformation, unfair campaign spending, or other forms of manipulation.”

The interim report is a consultative document and the Group would welcome responses from political parties, NGOs, experts, and the general public by 18 January 2021.

In particular, they seek to know whether people agree or disagree with any of the interim conclusions; whether there are important matters that have been missed; whether any one of the referendum configurations is preferred, or there are others that should be considered; and whether there are any other points where their reasoning requires development or clarification.