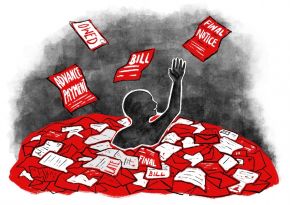 Radical changes to Universal Credit are needed now more than ever to help families facing further hardship as a result of the COVID-19 pandemic, a new report says.

The research team – led by the University of York in partnership with Ulster University – worked with people claiming Universal Credit (UC) in Northern Ireland to understand their experiences.

Recommendations for changes to the benefit were developed by claimants themselves, drawn from their own experiences.

The report – funded by the Joseph Rowntree Foundation - calls on the UK’s governing bodies to:

Northern Ireland has shown genuine leadership in how it supports people through social security, but the research recommends that given the Executive’s commitment to reviewing social security policy that officials work with recipients to understand and respond to the problems they experience. To change Universal Credit for the better, we need to listen to the people who know what it’s like to receive it and support them with a social security system that acts as a lifeline that keeps our heads above water when we risk being pulled under.”

Report author, Dr Ruth Patrick from the Department of Social Policy & Social Work at the University of York said:

“To design a social security system that can effectively support people in a respectful and dignified way, we must work directly with those experiencing the benefit system, drawing on their expertise on where changes are most urgently needed. The policy recommendations for Universal Credit are grounded in the expertise of people living in Northern Ireland and receiving the benefit, while we also looked at what lessons the rest of the UK can learn from devolved-level innovations. Following the coronavirus outbreak, the UK Government responded with some welcome, temporary measures to boost the financial support available, but much more needs to be done to address endemic design problems with Universal Credit.  The UK government can learn from innovations in how Northern Ireland pays Universal Credit – with payment direct to landlords and fortnightly (rather than monthly as is the default in England and Wales) preferable.”

People on Universal Credit who took part in the research reported particular problems linked to the five-week wait for the first payment - with some taking advance payments, borrowing money or relying on food banks to bridge the gap.

Deirdre McCausland who took part in the research has been on Universal Credit since 2018 and is a single parent to two young children.

“I wouldn’t wish my experiences of Universal Credit on anyone. The wait for the benefit puts you in debt immediately and leaves you unable to catch up. It has made my mental health worse and has left me struggling to get access to basic essentials. When my fridge broke down, I couldn’t afford to buy a new one and I was terrified of getting into even more debt to buy one. I had to keep fresh food in my sink. It was awful.

Universal Credit has had a negative impact on my children’s mental health too and is pushing them and lots of children like them further into poverty.  Being involved in this research meant I could work with others to come up with suggestions for how Universal Credit might be improved. These changes are needed to help millions of people who rely on the benefit. I hope the politicians will listen and act on our recommendations.”

The research - conducted with Ulster University - took place between February and December 2019, capturing the early experiences of 28 people claiming Universal Credit in Northern Ireland, mostly in the greater Belfast area.

The full report, “Lived experience can help Universal Credit in Northern Ireland be a genuine lifeline” is published today by the funders, Joseph Rowntree Foundation.