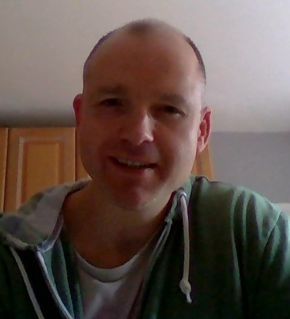 Formerly employed in construction, Neil made the decision to return to education as a mature student, to expand his skill set and enhance his employability due to the impact of the unhealthy economic climate. He completed an HND at college before starting his degree at Ulster University.

Determined to contribute to society, Neil decided Ulster presented him with the best opportunity to upskill and pursue future employment. However, his determination was really put to the test when during his studies, Neil was diagnosed with a brain tumour.

“I was due to go back for the final year of my degree. A few days before, I had something of a medical situation. I went into hospital, had a seizure and when I woke up, I was told that a scan had been done and a cancerous tumour had been located in my brain.  The doctors informed me that going back to university was out of the question.”

Neil was forced to take a leave of absence and subsequently, his studies were halted. A specialist confirmed Neil had cancer and although they offered a course of action including surgery and subsequent treatments, they could not guarantee a successful outcome.

“I prayed to God and I hoped that He had heard me, making a deal with Him that if I made it through, I may be of practical use on the other side…perhaps He heard me.”

Following invasive surgery and chemotherapy, Neil kept his word and returned to his studies to complete the final year of his degree. Once again, he was forced to embrace his determination due to a new set of challenges,

Despite the severity of his illness, Neil displayed his strength of character and achieved his goal, which he at one time believed to be “unrealistic” and “unachievable”, to graduate with 2.1 Honours. When others in his shoes would have struggled, Neil refused to give up. His courage and resilience are widely recognised among his peers and the teaching staff at Ulster to whom Neil pays tribute for his success.

“A huge part of me getting through my degree was the support of the teaching staff who were very patient and helped me in a very respectful way.”

Reflecting on his accomplishments during his time at Ulster, Neil said

“The ability to keep learning, despite how things appear, with the transformational hope that this brings, has made me believe that all things are possible.”

Neil is currently studying for a Master's degree at Ulster and continues to inspire others with his humility and determination.