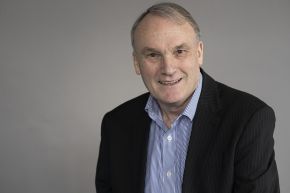 Professor Peter Flatt, Research Director of Biomedical Sciences at Ulster University has been named as the leading insulin researcher in the UK.

The list of the top 30 insulin researchers in the UK, based on the significance and impact of research published by the authors, was produced by Expertscape and published in association with Diabetes Times.

To arrive at its rankings, Expertscape based the results on scientific publications, with both impact and frequency taken into account. Expertscape is the world’s leading index of academic achievement and expertise in healthcare. Its rankings are 100% objective and are arrived at through a rigorous process.

Professor Peter Flatt is an internationally respected authority in the field of regulatory peptides, glucoregulatory drugs and experimental diabetes research. His work has helped shape our understanding of diabetes with his research unveiling numerous roles played by gut hormones and pioneering the development of structurally modified peptide analogues for treatment of diabetes.

Professor Flatt has published 509 original scientific papers in leading peer-reviewed journals and his work has been cited >18,500 times. Head of the Diabetes Research Group at Ulster University since 1989, he has supervised 85 PhD researchers throughout his career, with many becoming independent academic researchers, including 10 university lecturers, 7 senior lecturers/readers and 6 full professors.

Flatt’s innovative work combined with strong interplay with industry, which is presently testing his novel analogues of naturally occurring gut hormones, undoubtedly represents a unique outstanding contribution to medical science, recently recognised by award of DSc degree, which promises to improve the health of millions of people living with diabetes worldwide.

“It is an honour to be named as the number 1 insulin researcher in the UK and it is the culmination of many years of research. This achievement reflects the hard work and determination of the wider team within Ulster University’s diabetes research group without whom these breakthroughs and discoveries would not have been possible.”

Ulster University’s Dr Nigel Irwin was also featured in the top 30 list. An integral member of Ulster’s Diabetes research group, Dr Irwin, Senior Lecturer in the School of Pharmacy and Pharmaceutical Science was placed at number 14.

“This is a great achievement that illustrates the impact of our diabetes research at Coleraine. This work should not only lead to new benefits for people with diabetes but also serve as a platform for further important developments in drug discovery and delivery at Ulster University.”