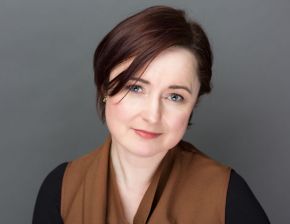 Ulster University research has found that childhood adversities in Northern Ireland can have a damaging and long term impact on mental health and wellbeing.

The research was launched today at a seminar in conjunction with NSPCC, which focuses on the links between adversities, the Troubles, trauma and mental illness in students and in the general population.

The key findings of the study include:

“Up until now, little research has been carried out to examine the prevalence and impact of childhood adversities in the Northern Ireland (NI) population, a society which has experienced a prolonged period of civil conflict, which also had negative consequences on mental health. The association between adversity in childhood and mental health in later life is a complex one, and some adversity can even promote resilience.

Nonetheless, exposure to high levels of adversity in childhood can lead to mental illness, and increases the likelihood of a person developing PTSD after a traumatic event. This effects not only of the person who experienced the adversities and trauma, but also on their offspring, and may affect subsequent generations.”

“This seminar blends the research on the complex interactions between childhood experiences, the trauma of the Troubles and presents ways in which practitioners can start to address the effects.”

The policy and practice briefing discussed today makes a number of recommendations including the need to promote resilience building early in life, and the need for early identification of childhood adversities to minimise the detrimental impact of such experiences.

It is also recommended that when patients present with psychological problems practitioners should enquire about a range of adverse childhood experiences, with particular attention given to the impact of parental mental illness.