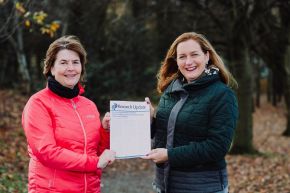 A research report released today by ARK, a joint initiative between Ulster University and Queen’s University Belfast, has found support among the public for asylum seekers and refugees in Northern Ireland.

The report on public attitudes entitled, ‘A welcoming Northern Ireland? Understanding sentiment towards asylum seekers and refugees’, used data from the 2017 Northern Ireland Life and Times (NILT) Survey and Young Life and Times Survey. The surveys record the opinions of over 1,200 adults and over 1,100 sixteen year olds from across Northern Ireland. The questions on Attitudes to Minority Ethnic Groups were funded by The Executive Office.

The key findings of the report show that:

“The data shows that people in Northern Ireland are largely hospitable to refugees, despite concerns we might have about racism and discrimination here. This is an important finding in the context of increasing numbers of refugees globally and indications of emerging anti-refugee politics in the rest of the world. The broad support across a range of age groups, political affiliations and national identities is encouraging, even if they're a few small groups who are distinctly unsupportive. It’s important that we understand the isolated nature of that hostility and work to ensure it does not overshadow the wider welcome.”

“Northern Ireland has become more ethnically diverse.  Since 1998, the Life and Times Surveys have provided independent evidence of public attitudes to immigration, and to specific groups such as refugees. These annual surveys allow us to look in the mirror and reflect on how welcoming Northern Ireland is.”

The full report is available at www.ark.ac.uk/publications/updates