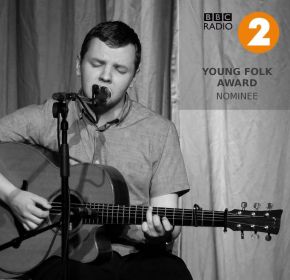 Ulster University student, Jack Warnock will be taking his place alongside the leading names in folk, acoustic and roots music as the BBC Folk Music Awards arrive in Belfast this Wednesday (4th April).

One of four nominees for the BBC Radio 2 Young Folk Music Award, 20-year-old Jack from Maghera, who studies Irish with Music at Ulster University’s Magee Campus described his reaction on hearing news of the nomination,

“When I found out that I had been nominated for BBC Radio 2’s Young Folk Music Awards, I was over the moon.  I’m really looking forward to the award ceremony on the 4th April; with fantastic artists like Paul Brady performing and many others."

Jack has already established a name for himself; having played in both the National Concert Hall, Dublin and the Royal Albert Hall.  Commencing his career at the age of 7 years old when he started playing the piano, he then developed an interest in traditional music.  At age 15, he started playing the mandolin and guitar.

In 2013, Jack won An Ré Nua in the lead up to the Fleadh Cheoil na hÉireannand has performed at the Derry fleadh as well as having recorded a four track EP. He has also placed in fleadh competitions throughout the years – including 2nd at All Ireland level. He decided to develop upon his professional experience through studying at Ulster University.

“I chose to study for a Degree in Irish with Music at Magee because I always enjoyed learning and speaking Irish. I also sing in Irish sometimes so when I discovered there was a course based on the two subjects I loved, I couldn’t resist!

“I have made lots of friends while studying at Magee and through studying Music. I have gained many opportunities to play at different events, and last year with three other students travelled to Cape Breton in Nova Scotia to perform as Liz Doherty and the Doc Flock.”

“It is fantastic that Jack has been nominated for this year’s BBC Young Folk Award.  He is a brilliant young musician and it has been wonderful to see him develop over the past three years here at Ulster University.

“While Jack came into the University already a fine player, he stood out from the start by demonstrating a real hunger to learn more, to grow as an artist and to properly engage with the realities of pursuing a career in the music industry.”

Now in its 19th year, the BBC Radio 2 Folk Music Awards Ceremony, hosted by Mark Radcliffe and Julie Fowlis, will take place in Northern Ireland for the first time at the Waterfront Hall.