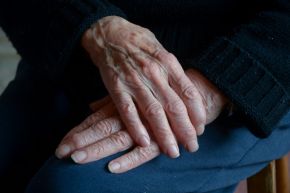 An Ulster University research study has shown that older people who live in disadvantaged areas have a greater risk of developing cognitive impairment (an early risk factor for dementia) than people in better off areas.

Cognitive function in aging has become a global public health priority with significant implications for independence and quality of life of older adults. With the prevalence of dementia predicted to triple by 2050, identifying individuals at greatest risk of developing cognitive dysfunction and implementing dementia prevention strategies and interventions has the potential to transform lives.

The findings of this study, published in the Journal of the American Geriatric Association, are based on novel analysis of data collected for the TUDA Ageing study of over 5,000 older people across the island of Ireland. The study used novel, geo-referenced, address-based techniques to map and link participants to official socioeconomic indicators of deprivation for Northern Ireland and the Republic of Ireland.

Teams from Nutrition and Geography & Environmental Sciences at Ulster University worked together with colleagues from Trinity College Dublin, Maynooth University and clinicians from the health services in Northern Ireland and the Republic of Ireland.

Professor Adrian Moore, Head of the School of Geography and Environmental Sciences at Ulster University and senior author of the paper, said:

“This is one of the first studies of its kind to use this particular geo-referencing methodology in a cross-jurisdictional manner to integrate socio-economic and medical clinical data from two nationally independent datasets. We were able to examine the TUDA study cohort as a whole in terms of the underlying socioeconomic profile of the base populations. This provided a unique opportunity to link area-level deprivation with cognitive performance among older adults from two separate health systems.”

Older people living in deprived areas across the island of Ireland were also more likely to suffer from depression and anxiety.

Even after all these factors were taken into consideration in the analysis of the study results, older people living in the most deprived areas were found to be at 40% higher risk of having cognitive impairment compared with a person of the same age living in the least deprived areas. This suggests that factors relating to the living environment, such as income inequality and access to resources, may be implicated.

“Our study suggests that older people living in the most deprived areas are at higher risk of poor mental health and cognitive impairment.”

“The results of this study have the potential to shape international policy to improve health outcomes in older adults, specifically in the area of preventing dementia. The findings identify the potential for effective dementia prevention through targeted interventions to modify risk factors in communities with the greatest area-level socioeconomic deprivation.”

“The results show that living in a disadvantaged area significantly predicts worse cognitive health in older age. These are important findings and we must give priority to tackling the inequalities that this report highlights in mental health in older age.”

Hearing aids may protect against progression to dementia, study shows