Could the UK become a haven for bitcoin money laundering after Brexit? 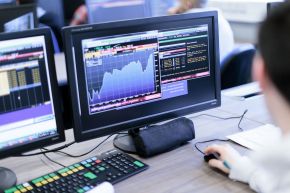 Could the UK become a haven for bitcoin money laundering as an unexpected consequence of Brexit? Dr John MacRae, Ulster University Commercialisation Manager, assesses the situation in his paper "On Locky, Al Capone and Brexit" recently presented at a Digital Forensics and Cyber Crime Conference held in Prague.

Computer ransomware attacks have hit the headlines in recent months with high profile cases including NHS hospitals in England. Locky is the computer virus behind ransomware attacks; all files stored on infected computers are encrypted and become inaccessible until a ransom is paid. The effects can be crippling to organisations affected by the virus and there is no quick fix available. The choice is between paying the ransom or restoring files from a secure backup that hopefully was isolated from the virus.

Ransom amounts are demanded in Bitcoin which is a very effective way of hiding the identity of the recipients. If you elect to pay the money, you don’t know who your money is going to or even if your files will be unencrypted once you have paid. The police do not recommend paying the ransom but they have no other way of recovering your files.

In the US, authorities have taken inspiration from their jailing of Al Capone in Alcatraz and are using tax evasion laws to combat ransomware attacks. Al Capone was finally jailed for tax evasion and not for any of the alleged criminal activities during the prohibition era.

Tax evasion laws are being used in the US to demand details of Bitcoin owners and bitcoin transactions. That way, the anonymity of Bitcoin is bypassed and the US authorities can determine who is behind these ransomware attacks. However, this only works if the bitcoin owners are in the US.

There is a similar approach in Europe, the European Fourth Money Laundering Directive or 4MLD for short. 4MLD is a European cooperation aimed preventing bitcoin owners and bitcoin transactions from remaining anonymous. 4MLD will force Bitcoin clearing companies based in Europe to know their customers and report suspicious transactions to the relevant authorities. 4MLD has not yet been adopted into UK legislation, but it is part of the legislative plans of the present government.

But what happens post Brexit? At present that's an open question. The current government has expressed its desire to continue involvement in the various working committees and bodies that led to 4MLD; in fact this was specifically stated in Prime Minister Theresa May's letter to the EU which triggered Brexit. It is not clear if the UK will be able to achieve this or as a consequence of Brexit will be removed from these collaboration arrangements.

“As the UK slowly diverges from EU legislation and sets its own laws, it is not clear if the regime governing cryptocurrency in the UK will require less transparency than that of 4MLD in Europe, or more. If it turns out to be less, an unintentional consequence of Brexit is that the UK becomes a safe haven for cryptocurrency money launderers.”