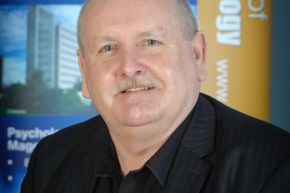 Folic acid taken during the first three months of pregnancy can prevent neural tube defects such as spina bifida that occurs when the fetus’s spine and back do not close during development. It is also known that taking folic acid in the first trimester of pregnancy can have beneficial effects on children’s brain development but until now it  was not known if continued supplementation throughout pregnancy had any additional effects.

Ulster University’s researchers investigated whether continued supplementation throughout pregnancy had any additional effects. They asked the parents of 39 children, now aged seven, to answer questions about their child’s personality, including levels of resilience, relationships with others and how they express their emotions. Within this group 22 mothers had taken the supplement throughout their pregnancy while the other 19 took it during the first three months only.

Ulster University’s research was part of an ongoing study which started 10 years ago with a trial of folic acid during pregnancy, and which to date has been funded to the value of  £890,000 in awards from the Health and Social Care R&D Office Enabling Award and also a ESRC BBSRC interdisciplinary scheme and with the support of 5 fully-funded PhD studentships from DEL NI.

Ulster University’s Professor Tony Cassidy said: “Most expectant mothers know that taking folic acid supplements in the first three months of pregnancy is important for the baby’s spinal development. Our study shows that there are additional psychological benefits for the child if supplements are taken throughout pregnancy. This presents a number of opportunities for further research and to also further explore government recommendations for women to take folic acid for the duration of pregnancy rather than stopping at the end of the first trimester.”