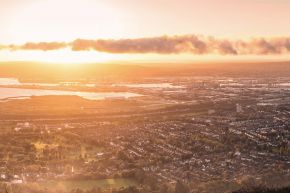 Today, the Prime Minister will trigger Article 50. This will begin the formal process whereby the UK will leave the European Union. The final deal, constructed after two years of painstaking negotiations, will, for better or worse, have direct and profound implications for Northern Ireland. It is, therefore, vital that Northern Ireland has a voice during the talks and, in the absence of the NI Executive, we urgently seek clarity from the Prime Minister on how Northern Ireland will be represented in the Article 50 negotiations.

Northern Ireland is unique. It is the only region of the UK that has a land border with another EU member state. Over 32% of Northern Ireland’s total exports go to the Republic of Ireland, our most important export market. Its proximity has, over the years, led to ever increasing levels of economic integration – with chains of production, inputs and outputs stretching from Cork to Coleraine. Northern Ireland is, therefore, uniquely vulnerable to the potential changes the UK’s exit from the EU presents – particularly a UK-EU relationship governed by WTO tariffs and rules.

For Northern Ireland to succeed globally, we need access to global talent – just as our talent plays a vital role in other successful economies – ensuring a supply of suitably skilled workers is vital. The Department for the Economy’s draft Industrial Strategy sets out an ambitious goal of creating a highly competitive, export driven and knowledge-based economy which has the momentum to generate 50,000 new jobs by 2021. However, the realistic prospects of being able to achieve this goal are reduced unless the final UK-EU deal takes into account Northern Ireland’s special circumstances.

The Northern Ireland economy is structurally very different to that of the UK due to the legacy of the troubles. Historical factors have resulted in a regional economy that is marked by its overdependence on public sector spending and an underperforming private sector dominated by small and medium sized businesses. Our economic recovery remains fragile, and while much progress has been made, many long standing structural issues are only now beginning to be addressed.

Our economically vital agri-food sector is heavily reliant on EU funding and barrier-free access to the Republic of Ireland and the rest of the European Union. 25% of Northern Irish milk and 36% of Northern Irish lamb is processed at plants located in the Republic of Ireland. Profit margins in the sector remain low, and the sector is ill placed to accommodate food tariffs ranging from 7% to 65% in the event the future UK-EU relationship is governed by WTO rules. Therefore, Northern Ireland must ensure the strongest partnerships with the UK and Republic of Ireland neighbours as it looks throughout the world for opportunities post-Brexit.

Securing a sustainable Higher Education system is vitally important as today’s young people will drive tomorrow’s economic growth. We must, therefore, nurture their talent so that our students can maximise their potential as global citizens. Investment in research and development by local businesses has never been higher, although there is still more to do; our universities enjoy increasing success in attracting significant EU-funded research and in recruiting world-leading international staff and students from the EU.  It is essential that our businesses and universities continue to have access to these funding opportunities and that we can continue to attract world-leading talent to live and work in the region.

It is our view that Northern Ireland’s special circumstances merit careful consideration and specific measures in order to protect and sustain the growth that we have all worked so hard to achieve. Keeping barriers to the flow of labour, goods, energy and services across the island of Ireland as low as possible is both economically and socially essential. Customs or security checks at the border would be more than a barrier to trade, they would represent an unwelcome return to the past. We must always remember that peace and prosperity go hand in hand.

As a first step, we need the return of a devolved power sharing Executive. Northern Ireland needs a strong and cohesive political voice in London, in Dublin and in Brussels to ensure that our society, our economy and the deepening foundations of our peace are not inadvertently damaged when the UK withdraws from the European Union.

Leaving the EU is undoubtedly the biggest political and economic challenge that we as a region have faced this century. It is incumbent on all civic and political representatives to work together to ensure that the region continues to flourish in the post-Brexit world.