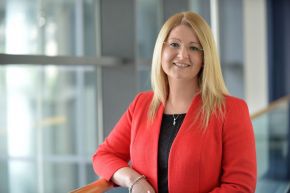 A landmark report from Ulster University on veterans’ services in NI has called for a formally recognised body to better guide policy and support key agencies working to support them in NI.

It is the first of several reports from the Northern Ireland Veterans Health and Wellbeing Study (NIVHWS) from Ulster University, which received £750,000 funding over 3 years from the Forces in Mind Trust (FiMT). It presents research findings on current available and future support services for veterans in the region.

Ulster University’s Dr Cherie Armour has extensive experience of researching military and veteran issues in countries including Demark, the US and Canada.

“The veteran community in Northern Ireland is made up of several generations who have served at home and worldwide in the Army, Navy or RAF before returning home with their families.

“There is a necessity for support for the transition from military to civilian life for some service leavers due to complex needs in the years following transition. However, our research shows there is there is not enough data on veterans in NI to make conclusive statements about their current and future needs. This first report is the result of a lengthy and robust review of what supports currently exist, what they offer, where they are located and how they operate and communicate across sectors”

“The Supporting and Serving Military Veterans in Northern Ireland report launched today is the most comprehensive account available on the infrastructure supporting veterans in this region. It identifies, for the first time, the full scale and breadth of support and services available to the veteran population living in Northern Ireland and builds a detailed picture of how provision and legislation can be improved to better serve the community. Veterans across the United Kingdom deserve fair treatment, regardless of where they live, and that can only happen when we have a clear understanding of how fair treatment can be delivered, and what decisions are necessary to ensure that it is. The recommendations in this report cover the breadth of veteran services in Northern Ireland and provide a structure from which real change can be enacted. I look forward to further outputs from this important and ground-breaking project.”

Ulster University’s study found there is no veteran specific statutory service outside of those provided by the Ministry of Defence (MOD), and there is only minimal acknowledgement of the specific needs of veterans in NI in local policy or service delivery.

The results also showed detailed information on veteran-focused charities in Northern Ireland was unavailable. Ulster University researchers identified 19 veteran-orientated charitable organisations in NI in contrast to 1,818 in England and Wales and 419 in Scotland. There are 4,500 veteran-orientated charitable organisations in total in NI with only 6.7 per cent headquartered outside of NI. However, Armed Forces charities were distinctly different, with almost 45 per cent of the sector headquartered outside of NI. This indicates a marked distinction in devolved service provision in the majority of areas; particularly in health and social care.

Communication and information sharing networks were found to be good between larger organisations. However it was not clear if information sharing between larger, UK-based charities and local NI charities is as proficient. Overlapping memberships, and a noteworthy absence of local, grassroots organisations was indicated. Results show it is not clear that groups are distinct enough from one another, or that there is a strong advocacy role on behalf of veterans.

Ulster University’s research also found that stakeholders in the MOD funded sector are very reliant on informal relationships for referrals and collaborative working. Additional issues arise when dealing with the differences between devolved matters and those responsibilities remaining with Westminster, meaning it can be unclear whether issues fall under MOD or the local Assembly.

The need for specialist support in mental health services was found to be particularly important. Within the report, Ulster University’s research recommends intermediary measures should be put into place to support the mental health and wellbeing of veterans while, in the meantime, the robust evidence required to determine the long-term need is collected by the team.

“There is clearly a great need for a well-resourced, formally recognised body in NI where key stakeholders in the region can meet to develop recommendations, provide responses and support key agencies in developing guidance and protocols which affect veterans in NI.

“Further research will help establish current and future service needs and help establish how all organisations can help veterans lead fulfilling and independent lives after they leave the military and address such requests for financial assistance, respite and help with employability and training.

“We hope this report and its recommendations speak to those in charge of service provision and policy development, and provide clear measures for supporting this group of citizens with a varied set of needs.”