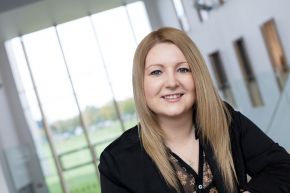 A landmark report from Ulster University on veterans’ services in Northern Ireland has called for increased support for veterans and their families.

This is the second in a series of reports from the Northern Ireland Veterans Health and Wellbeing Study (NIVHWS) from Ulster University, which received £750,000 funding over four years from the Forces in Mind Trust (FiMT).

The latest report outlines the findings of in-depth interviews with 20 service providers and 13 veteran-led focus groups, to establish more information about the current needs of this group and to help predict their future needs.

“This report underlines the complex and overlapping nature of the needs of the veteran population living in Northern Ireland. Not only do veterans face a series of personal, social and institutional barriers to seeking support, they also face the present and future difficulties posed by an aging population.

“A key theme emerging from the research was the importance of the role of families, social networks and peer support to veterans – the report recommends that more be done to better support these families. There is also a need for improved resources and communication across public and voluntary services.”

The legacy of the Troubles in Northern Ireland and its impact on various aspects of veterans’ lives is also explored.

“While we do not yet have evidence of differences in outcomes for veterans in Northern Ireland versus the rest of the United Kingdom, it is clear that the legacy of the Troubles and the lack of implementation of the Armed Forces Covenant leaves many veterans here feeling that they are disadvantaged.

“The report underlines the importance of finding ways to recognise veterans’ service and suggests that offficals undertake a public engagement exercise with veterans to establish potential solutions to the lack of implementation of the AFC in the region.”

“The purpose of Forces in Mind Trust is to enable all ex-Service personnel and their families to have a successful and sustainable transition to civilian life.

“The evidence put forward by this latest report offer us an opportunity to focus on the needs of the Armed Forces community in Northern Ireland.  There is considerable opportunity for change, and we hope that all those involved in working with ex-Service personnel and their families will consider how they can take the recommendations forward.”

Full details of the NIVHWS report entitled ‘Current and Future Needs of Veterans in Northern Ireland’ can be accessed at: http://www.niveteranstudy.org/