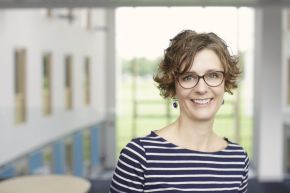 A team of scientists from Ulster University has successfully proven for the very first time in humans that there is a connection between short-sight (myopia) and the melatonin levels which control the natural body clock.

In the study Ulster University researchers assessed a group of young adults over a period of 18 months, during which their melatonin levels were measured first thing in the morning after fasting. It was found that those people who were short-sighted had over three times more melatonin in their system than those who were not.

The findings, which follow on from previous research released by Ulster University showing that there are now twice as many post-primary school-aged children in the UK diagnosed as short-sighted than there were 60 years ago, build a strong platform for future research.

The long-term goal of the researchers is to determine whether disrupted sleep patterns in childhood are related to short-sight and whether behavioural interventions and sleep pattern management could serve as a low cost strategy to managing short sightedness.

“While having a short-sighted parent plays a big part in determining whether or not a child becomes short-sighted, the rate at which children are becoming short-sighted tells us that it is not just simple genetics at play. Our modern lifestyles are also having a significant impact. Even mildly short-sighted eyes are at future risk of a number of serious, sight-threatening conditions such as glaucoma, retinal detachment, macular degeneration and cataracts.

“Our research suggests that the body clocks’ of the short-sighted adults in our study were different, which is exciting because if these differences are also found in children, they may help us better understand which aspects of modern lifestyles are causing more children to become short-sighted than ever before. If, as we suspect, disruptions to the natural body clock are shown to be influential in the development of short-sight, modifications to lifestyle that target strengthening healthy sleep and activity patterns could positively affect both general and eye health.

“Ulster University’s previous research has already shown that children who spend less time outdoors and less time in sporting activities are at increased risk of short-sight, and this new research may go some way to explaining why that is the case.”