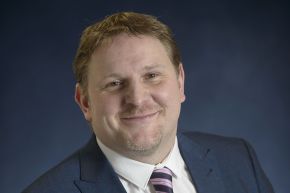 One of Northern Ireland’s leading economists believes that whilst Northern Ireland has enjoyed very strong employment growth across a wide range of sectors in 2016, there are uncertain and challenging times ahead. The key issue for both businesses and policy makers is whether Northern Ireland’s strengths are sufficient to navigate these unchartered waters.

Professor Gibson said: “The economic jobs data for Northern Ireland this year has been very positive, with local jobs growth of 3.3 per cent in the 12 months to September 2016, well ahead of the UK average of just 1.3 per cent over the same time period. In addition, it is also positive to see employment growth across a wide range of sectors and throughout Northern Ireland suggesting a high degree of economic resilience.

“However, this should not mask the level of uncertainty the economy faces in the next few years and the associated challenges consumers, businesses and Government will face.”

Recognising that the EU referendum and US election results have dominated the economic debate, Professor Gibson suggested the focus for the Executive should be on achieving the long term policy objectives of improving Northern Ireland’s global competitiveness.

Professor Gibson said: “It is important that the Executive remains focused on addressing the long-standing economic challenges of Northern Ireland. Non-student inactivity rates, low productivity and the high numbers of school leavers with low or no qualifications have persisted for many years.  As a result, the key outcomes in the Programme for Government remain a priority inside or outside the EU.”

Professor Gibson also remarked on the difficulties faced by economic forecasters at this time saying: “There is very limited evidence on which to base assumptions for economic forecasting and in the current climate, economic forecasting should be more appropriately described as scenario planning. Therefore, we have considered a much wider range of economic scenarios than usual to analyse the potential economic outcomes for 2017 and beyond.

“The central forecast is for Northern Ireland to avoid recession in 2017 as consumers continue to provide support for economic growth. Furthermore, additional tourism and retail spending, driven by the depreciation in Sterling, should partially offset the slowdown in business investment.

“Growth should then pick up towards the end of the decade as greater certainty emerges. However, the difference between our most optimistic and pessimistic scenarios is stark, the jobs growth forecast ranges from a loss of 4,500 over the next decade to an increase of almost 90,000, such is the level of uncertainty.”

The Winter 2016 Outlook suggests that consumer behaviour and business performance since the referendum in June should not have been a surprise.

Consumers have not experienced any material change in their incomes and many businesses, particularly exporters, have benefitted from a significant improvement in their competitiveness. Nevertheless, this could change in the next few years and the business environment could be subject to increased volatility until the new terms of trade with the EU and the rest of the world are agreed.

Although tariffs and trade dominate much of the debate nationally, from a local perspective issues such as dealing with the border and migration policy are arguably more important.  The Winter Outlook suggests these areas should be the focus for policy makers to provide clarity for businesses to plan effectively.

Professor Gibson also detailed how Ulster University’s Economic Policy Centre was proposing to build on its success with the creation of a Policy Institute which would reaffirm its mission as a civic university delivering a positive impact on wider society.

The Policy Institute proposal would bring together a ‘policy family’ of academics and Government representatives with the purpose of identifying and developing relevant policy options and providing guidance across Programme for Government outcomes.