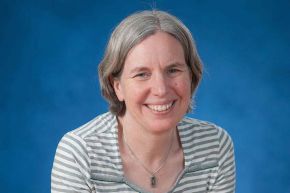 New research from Ulster University has shown a drug used to treat epilepsy may not increase the risk of birth defects such as cleft lip, cleft palate or clubfoot as previously thought.

More than 500,000 people in the UK have epilepsy, 20,000 in Northern Ireland and 40,000 in Ireland. Maintaining effective treatment during pregnancy is important because seizures may cause harm to the fetus.

The epilepsy drug Lamotrigine can typically be used on its own or in combination with other medications to control seizures. It is also prescribed to prevent mood swings for those with bipolar disorder.

The new research by Ulster University into this specific drug estimates that the maximum additional risk of cleft lip or cleft palate would be one in every 550 babies exposed to it, a substantial reduction on previous studies.

The study is part of a programme of research on antiepileptic drugs by Ulster University researchers. It examined 10 million births over 16 years where 226,806 babies had birth defects. It found 147 babies within that group who were exposed to the epilepsy drug Lamotrigine during the first trimester of pregnancy had non-genetic birth defects.

The study was funded by Glaxo Smith Kline and was published today in Neurology, the medical journal of the American Academy of Neurology.

"This new study has a much larger population size – more than double the size of our previous study.

"We cannot exclude a small risk of cleft lip or cleft palate, but we estimate the excess risk among babies exposed to the drug, if any, to be less than one in every 550 babies. We did not find any further evidence of a clubfoot risk.

"Since excess risks of cleft lip or palate have been reported for a variety of antiepileptic drugs, we recommend that for all mothers with epilepsy, whatever their drug exposure, special attention be given to examining the baby for cleft palate.

"It is important that women with epilepsy and other women taking antiepileptics are given preconception care to consider which antiepileptics have the best benefit versus risk profile for them in pregnancy as any change of medication needs to occur before pregnancy. Some antiepileptics, most notably valproic acid, should be avoided in pregnancy."

Professor Dolk is now recommending an additional study to give specific information on the effect of high Lamotrigine dosage on birth defects.