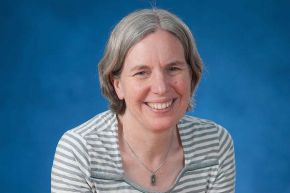 A leading Ulster University researcher has called for a congenital anomaly registry to be urgently established in Northern Ireland in order to track whether current voluntary folic acid advice for women is working.

Professor Dolk made the call following the publication of EUROCAT (European Surveillance of Congenital Anomalies) research findings in the British Medical Journal today showing that voluntary folic advice for women in Europe has not worked.

Professor Dolk headed up the EUROCAT co-ordinating centre database that was used for the study. The database holds more than 11,000 cases of non-chromosomal neural tube defects from 28 registries covering approximately 12.5 million births in 19 European countries between 1991 and 2011.

The findings show that total neural tube defects in Europe in 2011 was similar to that in 1991 with nine recorded cases per 10,000 births. Neither spina bifida nor anencephaly trends decreased substantially over time. Estimates showed an annual increase of 4% in 1995-99 and a decrease of 3% per year in 1999-2003, with stable rates thereafter.

Ulster University's Professor Helen Dolk said: "Neural tube defects such as spina bifida and anencephaly bring serious consequences for newborns and their families. Women need to take folic acid before they become pregnant in order to prevent them. Waiting until a pregnancy is generally accepted as too late to commence supplementation.

"Our EUROCAT results show recommendations for women to voluntarily take folic acid supplements prior to pregnancy have not been effective in decreasing the prevalence of neural tube defects in Europe over the last 20 years.

"It is highly likely that these conclusions apply just as much to Northern Ireland. We urgently need to provide reliable figures that help track neural tube defect prevalence over time. Having such information at our fingertips would help us reinforce folic acid messages to women, and to contribute to the UK debate on whether mandatory food fortification is necessary as other countries, such as America, have successfully done so."