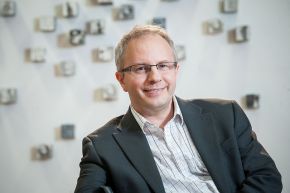 Ulster University has secured a share of a £4.4 million research grant that will see the institution collaborate on a major global project aimed at helping countries affected by conflict to successfully and peacefully rebuild their societies.

The research will look at how political settlements work in different countries, how they can be improved to include all citizens, bring equality to fragile political landscapes and determine how best to exercise new power and responsibilities.

With its highly respected research expertise on the importance of engaging and supporting women in a variety of contexts, Ulster University has secured almost £700,000 of the grant to lead specifically on a gender focused work stream. This will look at violence against women post-conflict, the impact of gender and international norms for gender equality on political settlements in fragile and conflict-affected states.

"As the top university in the UK for world-leading law research in terms of its impact, to secure this grant and be part of the collaboration is a real endorsement of the quality and calibre of our research, particularly on issues of gender and conflict.

"It will put Ulster University and the global reach of its law research firmly in the spotlight and, we hope ultimately support people as they build more stable and effective institutions, reduce poverty, and prevent violence."The research will begin in April 2015 and the project duration is four years. Initial findings will be publicised in early 2016

More information on the project can be found at politicalsettlements.org