Ulster University uncovers first ever profile of deaths by suicide 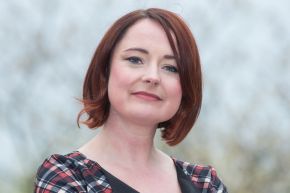 New research at Ulster University has uncovered a pressing need for suicide prevention work to specifically target people in Northern Ireland who have difficult life experiences.

In the first study of its kind in the UK looking at events prior to death over a 6 year period, Ulster University researchers studied over 1,660 Coroners files which record suicides and undetermined deaths in Northern Ireland.

The study has provided an analysis of gender differences across a number of risk factors including: prior suicidal behaviour, communications, substance abuse, employment status and life events prior to death.

There was evidence of alcohol in 56 per cent of the cases and that this was most common among young males. In addition, 8.2 per cent of people were recorded as having had difficulties with substance use.

Employment status was identified as a potential key factor in deaths by suicide, particularly for males. The data showed that at least half (50.3 per cent) were known to be unemployed, have employment related problems or financial concerns. A third were found to be employed (35 per cent). Just over half (50.1 per cent) of those who were employed, were known to have a mental health disorder.

The study also analysed the types of life events associated with suicide. 61 per cent of cases recorded adverse events, and most had multiple and complex combinations of experiences. The most common category was relationship breakdown and interpersonal difficulties (40.3 per cent) followed by financial/employment crisis (12.8 per cent). More than 1 in 10 (12 per cent) had also recorded events relating to experiences of death, grief or illness of, among others, spouse, family members and romantic partners.

Ulster University's Professor Siobhan O'Neill said: "The circumstances surrounding death by suicide can give us insight into the factors affecting suicide risk in Northern Ireland.

"Suicide is an important and preventable cause of mortality and these results go a long way to help understand prior suicidal indicators and help the identification of measures that could be taken to prevent such deaths.

"We need to target mental health in the workplace and encourage people to come forward and talk about their emotions and difficult experiences. We also need to provide help for those facing uncertainly and hopelessness as a result of employment difficulties, unemployment and financial crisis.

"It is really important that services for people who have adverse life events and suicidal thoughts are retained and promoted. Many of those at greatest risk do not identify themselves as having a mental illness and are not likely to present to mental health services to help them with, what they perceive are difficult life circumstances."