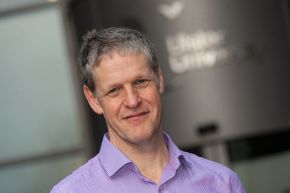 The latest Northern Ireland Life and Times (NILT) survey suggests that local people have conflicted views on the current state of community relations here, mainly caused by disappointment at a perceived lack of progress.

Despite more people across all communities believing that relations between Catholics and Protestants have improved over the last five years and will continue to improve, there is evidence of a decrease in enthusiasm for integration in schools, residence, workplaces and sport.

The NILT survey is an annual survey conducted by ARK at Ulster University and Queen's University Belfast. It records public attitudes to a wide range of social issues.

The 2014 survey found little evidence of sustained improvement in expectations, evidence of disappointment in the level of progress and overall, found that community relations remain an issue for concern amongst the 1211 surveyed.

The survey also examined attitudes to contentious issues and, for the first time, was able to analyse results on the basis of the new local government boundaries.

In relation to the flying of the union flag on public buildings, 51 per cent believe that it should be flown on designated days, including a majority among both Protestants and Catholics. Almost a quarter of those surveyed supported flying the flag every day.

Commenting on the results, Duncan Morrow of Ulster University said: "These findings confirm that public attitudes towards community relations are closely dependent on resolving contentious issues at a community and political level. Analysing the results on a local basis, the survey suggests that flying the flag every day is more popular in the areas surrounding Belfast than in the actual city itself.

"However, the number of people preferring to live in a single-identity neighbourhood was notably higher in Belfast than elsewhere. This clearly highlights the need for variations in local situations to be considered when considering the implications of community relation policy.

"Taken as a whole, the survey suggests that the decline in confidence around progress in community relations evident in the 2013 Survey has stabilised, but that confidence remains measurably lower now than it was in the period immediately following the restoration of devolution in 2007. In the meantime, support for integration appears to have weakened with potentially significant long term consequences.