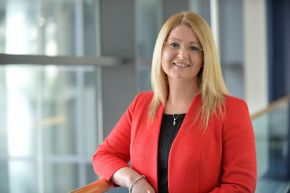 With reports of domestic violence at an all time high, an Ulster University study published today has made recommendations that could help the PSNI to better support local victims.

The study follows a Northern Ireland Crime Survey in 2013 which indicated that around one in 20 adults experienced at least one form of partner violence and abuse within a three year period. Reports provided by the PSNI on domestic abuse also showed that the figure of 27,628 incidents for 2013/14 was the highest level recorded since 2004/05.

The Every Voice Counts report is the first of its kind in Northern Ireland. It was carried out by Ulster University researchers who interviewed a group of 20 domestic violence survivors and 23 PSNI officers within the H District/Coleraine area.

Ulster University psychologist Dr Cherie Armour said: "It is vitally important that the way in which the PSNI responds to incidents of domestic violence is carefully monitored and reviewed.  This is a really challenging role for any police force given the long lasting psychological, social and physical impacts on victims and their families.

"As this was the first time such a study was to be carried out in Northern Ireland it was essential that we looked at domestic violence from both the PSNI and the victims perspectives.

"We found that both groups agreed on several aspects which would improve overall police responses. These included a need for mental health awareness training for officers and a revision of the current Dash risk identification checklist used by the PSNI. It was also found that a lack of clear physical evidence, such as in emotional abuse cases, is a barrier to reporting and responding.

"We hope that the voices represented in this study are listened to and that the recommendations help the PSNI and other professionals to deliver even stronger, more robust support for all victims and survivors of domestic violence."

"These experiences demonstrate clearly the complexity of needs and risks that surround domestic violence both for victims and responding officers. Causeway Women's Aid welcomes the opportunities arising from this research to further our partnership working with the PSNI and together ensure that victims receive the support they require."

Acknowledging the report, Chief Inspector Simon Ball, from Mid and East Antrim, where the research was conducted, said:

"Tackling domestic abuse is a priority for the PSNI and we are constantly seeking opportunities for further learning in relation to this issue. Indeed, since this research was carried out, the PSNI has already implemented a number of changes to how we deal with domestic abuse which reflect many of the recommendations within this report.

"We understand that behind every statistic is a victim. No one should have to endure abuse and we will continue to work closely with our partner agencies, including Women's Aid to ensure we play our part in dealing with domestic abuse across Northern Ireland."