Sporting Organisations Face Challenging Issues during the 'decade of centenaries' 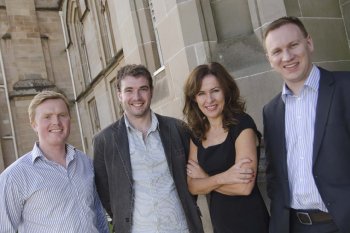 Topics as diverse as Irish sportsmen’s contribution to the Spanish Civil War and Hare Coursing in Victorian Connacht were down for discussion at the 9th Annual Conference of Sport History Ireland at the University of Ulster’s Magee Campus.

The Sport History Ireland Society was established in 2005 to promote the study of the history of sport in Ireland and its impact on Irish life and society. This year, for the first time, the conference was held in Northern Ireland and the event attracted the largest ever number of delegates.

There was a particular focus on Ulster’s rich and unique sporting heritage with contributions from leading scholars in sports history from home and abroad. The keynote address was given by Dr DÃ³nal McAnallen who explored issues surrounding the past and present commemoration of historical events by sports bodies during the present ‘decade of centenaries’.

“The specific events individual sporting bodies will either choose or not choose to commemorate over the next ten years will provide an interesting insight into both past and contemporary issues within those organisations,” said Dr McAnallen.

“It highlighted some of the many issues facing sporting organisations, such as the recent excess of commemoration surrounding the GAA’s 125th anniversary in 2009 which created something of a distortion concerning the popular view of the Association’s early history.

Dr Hassan continued: “We are absolutely delighted to have been able to attract this prestigious event to Magee and that so many local sporting enthusiasts were able to attend.

“Following on from a memorable night at the Magee campus earlier this year to mark the 125thanniversary of Derry GAA, the conference underlines the important role the University performs in engaging with the local sporting public.”

Not surprisingly, during the 125thAnniversary of the founding of the GAA in the host county of Derry, work on that organisation remained prominent throughout the conference programme.

Other highlights from the event emerged when Tom Hunt, who has been commissioned to write the official history of the Olympic Council of Ireland, spoke about the battle between Irish Olympic officials and the International Olympic Committee to achieve Olympic sporting jurisdiction over a 32 county Ireland.

Dr Ida Milne of the Oral History Network of Ireland presented her novel work on the largely undocumented contribution of Irish Protestants within the GAA in twentieth century Ireland.

On a similar theme, Eoghan Corry, one of Ireland’s most prolific sports writers, discussed how religion has so often influenced both the participation in and reporting of specific sports in modern Irish history.

Sport History Ireland Chairman Dr Richard McElligott presented a fascinating paper on the almost total collapse of the GAA in 1890s Ireland and the remarkable parallels between its near destruction then, and present difficulties the organisation faces in a time of recession and mass emigration. I

In his presentation, Dr Hassan spoke about the sporting legacy of Dick Fitzgerald, the famous Kerry captain who was perhaps Ireland’s first domestic sporting superstar, and the resonance of his early writings on the modern face of Gaelic football.