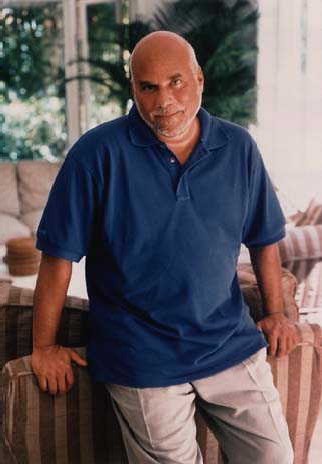 One of the world’s Digital StoryTelling pioneers is set to visit the University of Ulster’s Magee campus this week as part of CultureTECH 2013.

Dr. Roger Schank developed some of the world’s first storytelling and story understanding computer programmes in the 1970s with his research team at Yale University, Connecticut, USA.

On Sunday 15th September he will deliver a talk entitled, “AI: why have we always been asking the wrong questions?'' at a workshop on “Waiting for Artificial Intelligence...'' also at Ulster's Magee campus

Professor Paul Mc Kevitt of the Computer Science Research Institute (CSRI) at Magee said: “I first came across Dr. Roger Schank in 1984 whilst reading for the final year of my Computer Science and Physics studies at University College Dublin. I read his book (with Robert Abelson) entitled, “Scripts, Plans, Goals, and Understanding: an inquiry into human knowledge structures” (Lawrence Erlbaum, 1977), for our final-year Artificial Intelligence (AI) module, which struck me as one of the best books of the entire degree course. It was only later that I discovered that this book is one of the most cited works in the field of AI.”

Mark Nagurski, CultureTECH Director, added: “The theme for this year's CultureTECH Festival is Digital StoryTelling which clearly brings Culture and Technology together and is also appropriate in this First UK City of Culture year.

“Computer games, film, animation, TV, education and music are all about telling a good story. More to the point they all draw heavily on technology and, increasingly, the kind of work being done by many of those involved in Loebner. In short, we're incredibly excited to have such a high-profile event and so many world-leading researchers coming to the city during CultureTECH.”

More recently Dr. Schank's work with his company Socratic Arts (Florida, USA) focuses on online story centred curricula for education and training. He writes regularly on his Blog “Education Outrage” on how to fix things that are wrong with today's education systems. He's an advocate of active learning, project-centred problem-based learning, group work and online learning, moving away from the traditional lecturer monologue.

Further information on Dr. Roger Schank, CultureTECH and Loebner Prize 2013 are available at:

CultureTECH 2013 is directed by Mark Nagurski and Loebner Prize 2013 is directed by Professor Paul Mc Kevitt of the Computer Science Research Institute (CSRI) at Magee and produced by New York Philanthropist Dr. Hugh Loebner, together with Production and Location Crews and casting of International Contest Entrants and Expert and Junior Judging Panels.

These computer programmes all use Dr. Schank's theories and models of people's stereotypical behaviour during daily life activities such as eating at a restaurant, going to see a film or robbing a bank (scripts) and semantic processing models of language (semantic primitives, conceptual dependency, case-based reasoning).

He developed one of the first knowledge-based approaches to natural language understanding, where computer programmes are built to process and understand human languages like English from not only a Chomskian syntactic, but also a semantic, and particularly pragmatics, processing point of view.

Dr. Schank was awarded a Ph.D. in linguistics at the University of Texas in Austin (USA) and went on to work in faculty positions at Stanford and then at Yale.In 1974, he became professor of computer science and psychology at Yale and in 1981, Chairman of Computer Science at Yale and director of the Yale Artificial Intelligence (AI) Project.

Dr. Robert Wilensky moved to Berkeley where he in turn supervised Dr. Peter Norvig, now Director of Research at Google Hq. and co-author with Dr. Stuart Russell (Berkeley) of, “Artificial Intelligence: A modern approach” (3rd ed.) (Prentice Hall, 2009), a textbook on AI used in over 1200 universities in over 100 countries. Professor Paul Mc Kevitt is a co-editor of “Intelligent Help Systems for Unix” (2000) with Dr. Norvig and Dr. Wilensky.

In 1989, Dr. Schank was granted US$ 30 million in a 10-year commitment to his research and development by Andersen Consulting to set up the Institute for the Learning Sciences (ILS) at Northwestern University in Chicago (USA), bringing along 25 of his Yale colleagues.

ILS attracted other corporate sponsors such as IBM and Ameritech, as well as government sponsors such as the U.S. Army, Environmental Protection Agency (EPA) and the National Guard, leading to a focus on the development of educational software, especially in employee training.