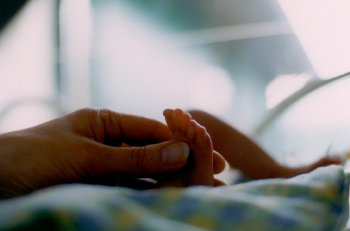 The conference, entitled Alcohol-Free Wombs – is  timed to coincide  with the worldwide FASD Day,  and will draw attention to the risks women  run  if they continue to drink alcohol while pregnant.

“On the 9th minute of the 9th hour of the 9th day of the 9th month,  communities around the world are holding events to raise awareness of  Fetal Alcohol Spectrum Disorders (FASD).

“The primary aim of  our event today is to provide a platform to launch International FASD  Awareness Day in Northern Ireland (NI). Our intentions are first of all  to connect people who care directly or indirectly about the cause of  FASD in NI; secondly to recognise the impact of FASD on families and  children; and finally to identify ways in which we can better support  each other.

“The risk of brain damage in the fetus – if the  mother drinks alcohol while pregnant – is significant.  The Central  Nervous System (the brain) is the organ most vulnerable and most often  injured by pre-natal exposure to alcohol;

“Significant fetal  damage can occur before a woman realises she is pregnant. Drinking  alcohol during the first trimester (first 3 months) of pregnancy is even  more dangerous than drinking alcohol later in pregnancy.”

The  World Health Organisation estimates that  there is no safe amount of  alcohol to consume during pregnancy. Any consumption of alcohol  whatsoever, puts the fetus at risk.

“The tragedy is that FASD  is 100% preventable.  If alcohol is not consumed during pregnancy, FASD  cannot occur," said the researcher.

There are no ‘safe’ forms  of alcohol  All types of alcohol are potentially damaging to fetal development. beer, home-brew, spirits, wine – anything containing alcohol  is harmful.

“The damage alcohol does to affected individuals  is permanent. There is no therapy regime or medication that can undo  brain damage;

“Early diagnosis and intervention is critical to promoting positive long-term outcomes for individuals with FASD."

The conference will also hear from NI Chief Medical Officer, Michael  McBride, as well as academics from other institutions including QUB and  the University of the West of England.