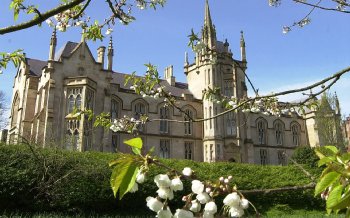 Men in Northern Ireland are three times more likely to take their own lives than women, according to new research by University of Ulster academics.

The study by Professor Siobhan O’Neill and Dr Colette Corry draws on data from the NI Coroners’ files. It is the first ever detailed analysis of deaths by suicide in Northern Ireland from 1995 and will have important implications for politicians, policy makers and health care providers.

The findings show that men remain three times more likely to take their own lives than women. Suicide rates are similar across all the middle age cohorts with rising rates among the over 70s. More than two thirds (67%) of those who died by suicide had a recorded mental illness while 59% had a recorded physical illness.

The study demonstrates that 78% of the adverse events recorded related to relationship difficulties or a breakup. Financial crisis was recorded in 13% of cases and employment related problems in 12%. Inaround a quarter of deaths, the illness or death of a relative or friend was noted.

Professor O’Neill from the Bamford Centre for Mental Health and Well-being at the University’s Magee campus and the Irish Association of Suicidology, said: “This study provides us with the most detailed information to date, upon which to base future suicide prevention initiatives in Northern Ireland. “

Commenting on the implications for service provision, Professor O’Neill continued: “We need to find ways of helping people of all ages, and men in particular, to seek help and support for mental health problems during stressful life events.

Professor Brendan Bunting, the study’s principal investigator, noted that “this study, along with recent evidence regarding the high rates of mental disorders in the NI population, constitutes ever more compelling evidence for an effective health and service provision across the life span.”

As part of the NI branch of the British Psychological Society’s “Psychological Understandings of Mental Health” programme for World Mental Health Day, Professor O’Neill will be delivering a free public lecture on suicide in Northern Ireland on 10thOctober at the University of Ulster, Magee campus,

The Irish Association of Suicidology and Contact conference takes place in the City Hotel, Derry on October 9 and 10 2013. For bookings see www.ias.ie.