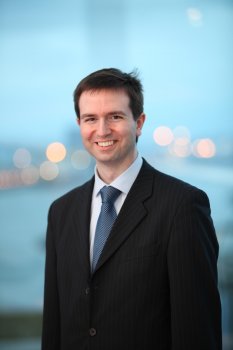 Dr Leacock,co-chairof SheMet 2013and AMFOR Group leader,said the event,which has attracted delegates from 23 different countries,is an important forum for both industry and academia alike to present their latest findings in the area of sheet metal forming.

"Harsh economic times necessitate innovation at all levels in the supply chain. The products from sheet metal forming industries feed in to all sectors,from consumer electronics through medical devices to transport."

He continued: "An essential underpinning of these future developments is the close collaboration of academia and industry at all levels in the international supply chains.”

Rising fuel costs mean thataircraftmanufacturers are constantly seeking new solutions to reduce drag and improve fuel efficiency.Focusedapplied research activities in the area of aerospace sheet metal forming by the AMFOR group, has led to the development of a new forming technology.

"This internationally patentedprocesswe have developed at the University of Ulster,enables the manufacture of next generation extendedlipskinsin a single stage processwith a cycle time of less than 5 minutes per skin.

"The development of this new forming technology, whichwas only possible through our focused applied research activities in the area of aerospace sheet metal forming, willenable the production of quieter,more efficient aircraft and presentsa significant market opportunity.

His presentationhighlighted the challenges faced by the aerospace industry and showcased some of the solutions derived from joint research work conducted between the AMFOR Group and Bombardier working together in NIACE (Northern Ireland Advanced Composites and EngineeringCentre).

The Government will pump £1 billion into the centre, while eight aerospace companies including Bombardier,Rolls-Royce, GKN and Airbus have pledged the other half.

By 2030, there will beaglobal demand for an estimated 27,000 new passenger aircraft worth £2.5trillion.

Britain has the second-biggest aerospace industry after the US and a 17 per cent share of the global market.