Delay in Childbirth Leads to Increased Rates of Down Syndrome

Greater proportions of women delaying childbirth until later in life has led to rising rates of Down syndrome and other defects involving an extra chromosome, research at the University of Ulster has shown.

Delay in Childbirth Leads to Increased Rates of Down Syndrome 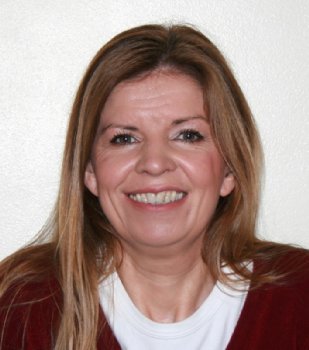 Greater proportions of women delaying childbirth until later in life has led to rising rates of Down syndrome and other defects involving an extra chromosome, research at the University of Ulster has shown.Results published in the European Journal of Human Genetics have revealed that the proportion of births to mothers aged 35 years and older in Europe increased from 13% in 1990 to 19% in 2009. This has led to an increase in rates of Down syndrome, Edward syndrome and Patau syndrome.

Maria Loane from the University of Ulster’s Centre for Maternal, Fetal and Infant Research, Nursing & Health Research Institute said: “Our data showed that, in Europe, women over 40 have a 17 times increased risk of having a Down syndrome baby compared with women aged 25-29 years.“Edward and Patau syndromes are much rarer (both combined will occur in 1 in every 1,400 pregnancies), are severe and have high perinatal mortality. They have a similar increased risk for older mothers.”

“Across Europe, over half of babies with Down syndrome have mothers older than 34 years of age.”The research was based on data collated from 12 European countries covering a population of over 6 million births between 1990 and 2009.

In this population, almost 18,000 cases were registered with one of the three chromosomal syndromes among livebirths, stillbirths/ late fetal deaths, and terminations of pregnancy for fetal anomaly.Maria Loane continued: “While the total rates for these three syndromes have increased steadily since 1990, the number of cases resulting in a livebirth has remained stable over time in Europe. This is largely due to the increased rate of prenatal diagnosis and subsequent termination of the pregnancy.”

The research showed that approximately 50% of cases with Down syndrome, 70% of cases with Edward syndrome and 70% of Patau syndrome cases resulted in a termination of pregnancy following prenatal diagnosis of the chromosomal syndrome, although this varied widely by European country.There was variation in livebirth rates of Down syndrome with the lowest livebirth rates occurring in Spain and Switzerland and the highest rates occurring in Ireland and Malta where termination of pregnancy is illegal.

Ms Loane said: “From a public health perspective, this research is important for assessing the impact of delayed childbearing and prenatal screening programmes as well as planning health care for mothers and for children with Down syndrome.”