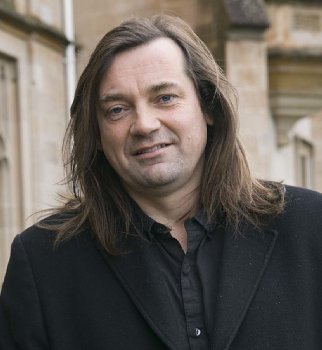 Four hundred years ago, one of the most intensively mapped regions in the world was not the new territories of the Americas, or the exotic spice trails of the Far East. It was a place much closer to home – Ulster – among the first state colonisations of the new Great Britain.

Collectively, the maps provide an extraordinaryeyewitnessguide to one of the most turbulent periodsinIreland’shistory and tracethe arrival and impact of Scots and English migrants in the16thand 17thcenturies.

The programme is fronted by leading Renaissance and mapping historian, Professor Jerry Brotton and features contributions from local academics includingDrÃ‰amonnÃ“ Ciardha, from the University of Ulster’s Arts and Humanities Research Institute.

“This documentaryspeaksto a whole series of watershed events in the history of these islands,” said DrÃ“Ciardha.

“The Nine Years’ War (1594 -1603), theFlight of the Earls (1607) and the involvement of the City of London and the London Companies in the Plantation–alsoprovidedsubjects for a whole series ofquarto-centenary conferences andsymposia hosted by the University of Ulster.

“Programmes such as Mapping Ulster are both educational and entertaining and bring historyto life inways that the written word never can.

“Moreover these documentaries are excellent, alternative pedagogical and teachingresources, which enhance the classroom/seminar experience.”

Theprogramme’s producer/director Andrea McCartney observed: “It’s difficult to imagine the world of 400 years ago. The maps help make that leap.

“The mapmakers are artists. They have drawn the timber-framed houses, the forestsand thecastles,and noted the names of the people who lived there. The detail is incredible.

“They were as innovative in their time as satellite mapping technology is today. What’s really exciting is that they provide a visual record and fresh perspective on the Plantation of Ulster.”

University of Ulster academics Billy Kelly,Ã‰amonnÃ“Ciardha and Marie-Claire Peters have co-edited two major collections on theFlight of the Earls(Guildhall Press, 2010) andThe Plantation of Ulster(Manchester University Press, 2012), two commemorative editions ofHistory Ireland(2007, 2009), hasparticipated in series of historical documentaries on the Flight of the Earls (2007), The Plantation of Ulster/PlandÃ¡il (2011); Wolfland (2013); BallaÃ­Dhoire/Derry's Walls (2013),The Siege of Derry (2013) and Mapping Ulster (2013)- which have been broadcast by RTÃ‰, TG4 and BBC NI in the last six months.