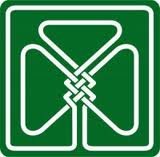 The establishment of a new peace chair at the University of Ulster’s Magee campus was this week the focus of a major gala dinner in Washington DC hosted by the American Ireland Fund.

The John Hume and Thomas P O’Neill Chair in Peace will be part of a new wider initiative building on the work already undertaken by the University’s International Conflict Research Institute (INCORE) at Magee which has been applying lessons from Northern Ireland’s peace process to other conflict zones around the world.

Vice-Chancellor Professor Richard Barnett, who joined a range of senior political and business leaders from the US, UK, Northern Ireland and the Irish Republic for tonight’s American Ireland dinner, confirmed: “The University is looking to build on the excellent work INCORE has been doing to embed peace locally and assist peacemaking efforts globally.

“The John Hume and Thomas P O’Neill Chair in peace recognises two pivotal figures in the quest for permanent peace in Northern Ireland. It will also play a significant role in a new INCORE peace initiative which will train the next generation of peacemakers and peace-builders from Northern Ireland and abroad.

“We believe this programme will further enhance our Magee campus’s reputation as a sustainable centre of international excellence in peace and conflict studies.

“In addition to recognising Professor Hume and former House of Representatives Speaker Thomas P O’Neill, the University is keen through this initiative to mark the legacy of the peace process and the contribution of other individuals who played a critical role in securing peace and stability in Northern Ireland.”
Over the past decade, Nobel Peace Laureate Professor John Hume has been closely associated with the University and his international stature has given Ulster unrivalled visibility in the international sphere. He currently holds an Honorary Professorship at the University.

Thomas P O’Neill was one of the 'Four Horsemen' group of Irish-American politicians who, influenced by Professor Hume’s peace-making strategies, helped create the conditions for Northern Ireland’s peace process.

A former Speaker of the House, his name has been associated with Magee in the past 10 years in a series of 'Tip O’Neill Peace Lectures' supported by the Ireland Funds and delivered by international statesmen and stateswomen at the personal invitation of Professor Hume. President Bill Clinton, US Secretary of State Hillary Clinton, European Commission President Romano Prodi, United Nations Secretary General Kofi Annan and Massachusetts Senator John Kerry were among those who delivered lectures at Magee.

In November, the International Fund for Ireland awarded challenge funding of £1m to support the establishment of the new peace studies chair, and a further £127,400 via a private donation has been raised towards a £3 million endowment for the John Hume and Thomas P O’Neill chair.

Professor Barnett said: “The University welcomes the generous and far-sighted challenge funding from the International Fund for Ireland which will enable us to move forward with this important academic initiative.

“We are also encouraged by the generosity of the inaugural private donor who was keen to recognise John Hume and Thomas P O’Neill’s role as peacemakers and the important work INCORE has been engaged in in cementing the peace in Northern Ireland and promoting and assisting peacemaking in other conflict zones around the world.

“The decision by the American Ireland Fund to feature the John Hume and Thomas P O’Neill Chair in Peace at the Washington gala, attended by senior Republican and Democrat Congressmen and key figures in the US business community, is another major feather in the cap for our fundraising efforts for this programme and for the University of Ulster.

“Tonight’s focus on the initiative in Washington DC is another key stage of a major fundraising drive. We are confident our plans will be generously supported by friends of the University in honour of these two great international statesmen and their lasting legacy of peace and reconciliation in Northern Ireland.”

Professor Barnett is on a week long visit to the United States where he is holding business meetings with senior politicians and attending St Patrick’s Day events in the White House, the Northern Ireland Bureau and the British and Irish Embassies.

John Hume was formerly leader of the Social Democratic and Labour Party, former MP for Foyle and MEP for Northern Ireland. He received the Nobel Peace prize in 1998 (along with Ulster Unionist leader David Trimble) for his contribution to peace inNorthern Ireland. John Hume is now an Honorary Professor at the University of Ulster.

The late Thomas ‘Tip’ O’Neill was one of the foremost Irish-American Democratic politicians of his generation, who rose to becomeSpeaker of the House. His deep interest in Northern Ireland led to his partnership with John Hume in the drive for peace. Speaker O'Neill wasalso instrumental in the creation of the IFI. He died in 1994.