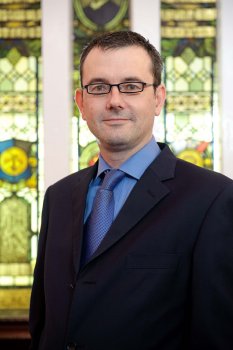 Research points to childhood traumas rather than genetic factors as a cause of later life hallucinations and delusions, and the new evidence is forcing a radical reappraisal of conventional wisdom about schizophrenia, Professor Mark Shevlin of the University of Ulster’s School of Psychology said in a public lecture at the Magee campus.

For more than a century, these hallucinations and feelings of paranoia have been understood to be symptoms of schizophrenia and seen as, primarily, genetic in origin and eventually showing as irregular brain activity.

They have been considered to be rare because the reported prevalence of the psychotic disorder has been minimal, at between 0.5% and 1% of the population, Professor Shevlin said.

However, practitioners and researchers are having to rethink that thesis in light of recent international research that suggests hallucinatory and other delusional experiences are more common in the general population than previously believed.

Professor Shevlin said analysis of large scale studies in the United States and the Netherlands in the 1980s and 1990 showed that "instead of these kinds of 'symptoms' being very, very rare, they were actually quite common in the general population".

"In the Dutch study something approximately 20% of the population endorsed one or more of these so-called symptoms (of schizophrenia). Most of the people tended not to find these distressing or a causing of upset and so there was no need for treatment."

Delivering his Inaugural Professorial Lecture as Professor Psychology, he said that after all the hundreds of millions of pounds that have been spent on trying to identify a biological basis underpinning psychotic disorders, "we are no closer to finding the so-called gene for schizophrenia".

The evidence from these studies, he said, profoundly strengthens the case for switching from over reliance on drug treatments towards the proven benefits of cognitive therapy-based approaches.

There was increasing evidence that cognitive therapy and psychological treatments were a viable option and that people who received them "can function a lot better".

Professor Shevlin explained that the results of the USA and Dutch studies had prompted people to question the nature of schizophrenia and to ask whether it was really a disease or whether individuals who experienced these delusional conditions were simply "people at the extreme end of a relatively normal continuum."

At the same time, other researchers were keen to look at the affect of traumatic life experiences and whether these might impact on a diagnosis of schizophrenia.

Childhood traumas or other traumatic events had always been regarded as predictors of propensity towards mental ill-health, such as post traumatic stress disorder, anxiety, depression and alcohol abuse.

But schizophrenia was also thought of as being in a different category because it was always considered to be biologically-based and genetically driven, rather than being caused by social factors.

"When they did their research, there was a consistent finding that these people who did have a diagnosis of schizophrenia tended to have had more traumatic experiences. The researchers found in them higher levels of child abuse, physical or sexual, child neglect and so-on.

Professor Shevlin said the main implication of the rethink about schizophrenia should be the "demedicalisation" of these experiences.

"It suggests that there is an over reliance on pharmacological treatment and it also suggests that psychiatry in general has ignored the content and meaning of events such as hallucinatory experiences and that they may well be related to earlier traumas."

Professor Shevlin said that a lot of research that supports pharmacological treatment tends just to focus on its effect in the reduction of symptoms. "This research finds that drug treatments can reduce the intensity or frequency of hallucinatory experiences but that doesn't necessarily mean that the person starts to get on better with their life or can make friends or go out to work.

"Psychological treatments tend to have better outcomes for the individual in terms of them integrating to society and feeling better about themselves."Professor Shevlin's lecture was entitled "Modelling Madness: Population Based Analyses of Adversity and Psychosis".