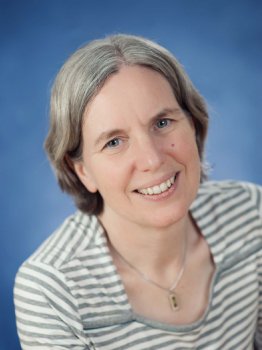 The number of babies born with birth defects (major congenital anomalies) across Europe has fallen over the decade (2000-2009), University of Ulster research has revealed.

According to the Statistical Monitoring Report of the European Surveillance of Congenital Anomalies (EUROCAT), the overall occurrence of spina bifida and heart defects have declined by 10 per cent and 14 per cent respectively within these last ten years.

The author of the report, Professor Helen Dolk, from the Institute of Nursing Research at the University’s Jordanstown campus, one of the top three UK nursing research centres, said: “Congenital anomalies are a major cause of foetal death, infant mortality and childhood morbidity so a key aim of public health authorities should be to reduce their occurrence.

“This report suggests that primary prevention programmes across some parts of Europe may be having a positive effect on some types of birth defects. For example folic acid supplementation if begun prior to conception and voluntary food fortification aim to reduce the occurrence of neural tube defects including spina bifida. EUROCAT is currently working on recommendations for a wide range of primary prevention measures to be included in National Plans for Rare Diseases.”

The research has been carried out by a team at the University of Ulster’s World Health Organisation Collaborating Centre for the Surveillance of Congenital Anomalies in collaboration with partners across Europe.

However the EUROCAT report also revealed increases in the occurrence of three syndromes involving an extra chromosome: Down syndrome, Edward syndrome and Patau syndrome.

Professor Dolk said: “Analysis has shown that the increase in Down syndrome is a consequence of the trend in Europe for women to delay childbirth until later in life. Older maternal age is a known risk factor for Down syndrome.”

The proportion of pregnancies affected by gastroschisis - an abdominal wall defect that requires babies to have corrective surgery - is also continuing to rise, going up by 29 per cent over the decade to 3 per 10,000 pregnancies.

“Young maternal age and certain maternal lifestyle factors are known to increase the risk of having a baby with gastroschisis, for example smoking during early pregnancy, low maternal BMI and low socioeconomic status. However the causes of the increase over time are not known,” the Professor said.

She also stressed the importance of continued monitoring of birth defects and the need to support registries across Europe to collect comparative data.

“There are currently 39 registries located in 21 countries throughout Europe sending their data to the EUROCAT Central Registry located at the University’s Jordanstown campus. Currently there is no local EUROCAT registry in Northern Ireland.

“Reliable data collected by these surveillance systems is crucial in the development and evaluation of public health policies addressing health needs and in facilitating further research into the causes of congenital anomalies.”

The full report can be accessed on the EUROCAT website: http://www.eurocat-network.eu/content/Stat-Mon-Report-2009-Combined.pdf