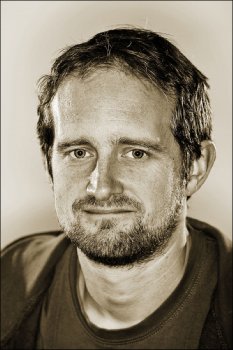 A five-year survey of Rathlin’s archaeology by a University of Ulster team has shed important new light on the island’s earliest prehistoric human inhabitants.

Dr Wes Forsythe, of the University’s Centre for Maritime Archaeology at Coleraine, who led the project, said the quantity and quality of flint tools and ceramics unearthed during the survey have greatly exceeded the investigators’ expectations.

The survey, which was sponsored by the Northern Ireland Environment Agency (NIEA), is the most comprehensive ever undertaken into the archaeology of Rathlin Island.

In addition to the survey’s fieldwork on the island, researchers investigated artefacts that are held or documented in other museum collections on both sides of the Irish Sea.

Dr Forsythe, speaking ahead of the launch of a major book that records the findings, said the survey located a number of prehistoric sites that had never previously been recorded. They vary in size, with the largest marking the location of a hut or enclosure.

‘Rathlin Island: An Archaeological Survey of a Maritime Landscape’, whose principal authors are Dr Forsythe and his University colleague Rosemary McConkey, will be launched at a ceremony on the island tomorrow (Friday).

The event is due to be attended by Leo O’Reilly, Permanent Secretary, Department of the Environment and Michael Coulter, Director of NIEA’s Built Heritage directorate.

Finds included a huge haul of flint tools, polished axe-heads, pottery, a bronze finger-ring and lignite jewellery. The survey has bolstered recent archaeological findings that Rathlin’s human habitation dates to the Mesolithic period around 5,500 BC, which is at least 1,000 years earlier than previously thought.

Dr Forsythe, who is a maritime archaeologist and lecturer, said of one major Mesolithic site: “Finding a flint in north Antrim is not surprising in itself but finding hundreds of worked flint tools in one area, scattered across three fields that we chose at random because they had just been ploughed for Spring seeding, is pretty remarkable anywhere. Rathlin had a real richness of prehistoric finds.”

Post-holes detected inside one cave during excavation are thought to be the first such examples in these islands. The discovery is important because it indicates the erection of a structure on poles, perhaps a protective screen or windbreak – an aspect of early human activity in caves not previously found here.

Dr Forsythe said: “For archaeologists, Rathlin has always been something of an enigma. It is always throwing up things that disrupt the pattern of how we understand prehistory, and it’s still doing it. I don’t think there is a parallel anywhere in Ireland or Britain for post-holes inside a cave.”

The Vikings’ first documented raid in Ireland was on the monastery at Rathlin in 795 AD and Dr Forsythe hopes that future excavation might unearth another link with the Norsemen, at a spot known as “the Dane’s Burial” in the north of the island.

“It is possibly a very rare example – and it would need to be tested by excavation – of a Viking ‘boat burial’. The site looks as if it has been damaged some centuries ago, maybe by people looking for gold in it. Nevertheless it is a mound which is boat-shaped, and which was never recognised before this particular survey.”

The project was the second in a programme of CMA-NIEA surveys around the Northern Ireland coast, the first of which was a survey of Strangford Lough.

As well as its historical importance, the survey will serve a modern practical function for the NIEA by being a data resource for consultation in the event of planning development applications on the island.