Security May Prove To Be London's Olympic Legacy 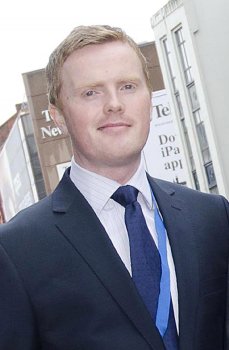 The rising costs of security for major global sporting events like the Olympics and Paralympics could call into question the value of staging such events in the future, a University of Ulster academic has claimed.

“The security bill at the London Olympics exceeds 6% of the total budget required to host the Games.

“The level of attention, detailed planning and expenditure required to adequately secure some of sport’s ‘showcase’ events is beginning to attract the attention of those who question the value of hosting tournaments like the FIFA World Cup or the Summer Olympic Games in the first place.

“In the last three weeks the dominant narrative around the London Olympics has been about security and, by implication, the spiralling costs of safeguarding a sports event from terrorist attack. There inevitably comes a point at which the real costs begin to outweigh the perceived benefits of holding these major global spectacles.”

Dr Hassan edited and contributed to a collection of papers on terrorism in a special issue of the leading academic journal ‘International Review for the Sociology of Sport’ (IRSS).

The recently published collection of academic essays, which features the world’s leading scholars researching terrorism in sport, considers the need to balance local and global security concerns, offers a designated examination of counter-terrorism strategies and unpacks the comparatively under-reported field of state surveillance around mega-sports events.

“There is no doubt that security has significantly improved for Olympic athletes and officials since the infamous events of Munich in 1972, when a Palestinian terrorist cell stormed the Israeli residential halls in an attack that ultimately claimed the lives of 11 athletes and a policeman.

"However there is still a very real threat from terrorists as was demonstrated in Beijing in 2008 just five days before the Olympics began, when there was an attack by Muslim separatists in the city of Kashgar in China’s far western Xinjiang region that left 16 policemen dead.

“This week London will host the Games for the first time in60 years. Much has changed in the interim, not least how London and indeed Britain is viewed internationally and the extent to which terrorist organisations, from Al Qaeda to dissident Irish Republicans groups such as the Real IRA, see the Games as an opportunity to remind the British Government and the world at large that when it comes to reaffirming their presence and opposition to aspects of British foreign policy there are no options beyond consideration.”

Next month, the day after the Olympics’ closing ceremony, Dr Hassan will deliver a lecture examining the pervasive effects of global and domestic terrorism on the Olympics and other global sporting events at the University of Oxford.

The specially invited audience of leading scholars has been drawn together to consider the immediate after effects of the Games and to discuss the future of the quadrennial event.