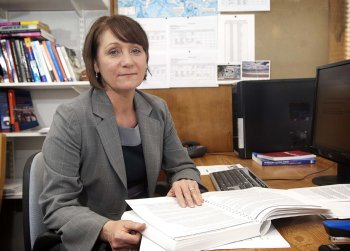 Research by a University of Ulster academic has found what appear to be marked differences in how the police Historical Enquiries Team (HET) investigates deaths in which soldiers have been involved, compared to other cases that involved paramilitaries.

The HET is currently re-investigating all the 'RMP cases' i.e. the fatal incidents in which soldiers were questioned only by the RMP.

Dr Lundy’s study of the 'RMP cases' raises concerns about the HET’s approach to interviewing soldiers who were linked to fatal shootings, and other aspects of its procedures.

Her analysis of the materials has brought to light issues of concern, including:

:: The HET’s use of “the pragmatic approach”, when interviews with soldiers are conducted informally and not under caution.
:: Possible unequal treatment arising from an apparent willingness by the HET to supply soldiers with a wider range of pre-interview disclosure documents than non-army suspects.
:: Where an army suspect is unable to be interviewed due to illness or other incapacitation, the HET’s method of verification of the condition “is not transparent” and in some instances verification was not sought.
:: HET interviews “appear to lack robustness and inconsistencies are frequently not adequately challenged”.
:: HET interviews with soldiers, as contained in the unit’s completed reports, are summaries, and apparently edited; questions put to the suspect are not given in the HET report; in some instances the interview summary amounts to one-and-a-half pages within the HET report, “the process and procedures are not transparent”.

Dr Lundy, who is a senior lecturer in Sociology at the Jordanstown campus, says her findings put a question mark over the ability of the HET’s independent team, which is made up of retired officers from outside Northern Ireland, to conduct impartial and effective investigations of deaths in which State agencies, particularly the army, were implicated.

In a briefing paper, she says: “Of particular note are apparent anomalies and inconsistencies in the investigation process where the military is involved, compared to historic cases where non-State or paramilitary suspects are involved.

“This raises questions about the ability and/or perception of the HET to undertake impartial, effective investigations in cases involving State agencies, and the extent to which the families participating in the process are aware of departures from accepted procedures.”

In relation to compliance of the ECHR’s Article 2 accountability standards, Dr Lundy states: “There are individual expressions of regret and/or apologies from individual soldiers in HET reports. And, crucially, victims are frequently vindicated.

“The symbolism of apologies is important for many families; it provides a measure of acknowledgement. However, individual expressions of regret or apology should not diminish the obligation to secure accountability, and responsibility, at an individual and institutional level.”

She briefed the Human Rights and Professional Standards Committee of the Northern Ireland Policing Board (NIPB) in Belfast on March 8 and in Washington on March 22 testified at a session of the U.S. Helsinki Commission, held to discuss human rights issues in Northern Ireland.

The Policing Board committee meeting also received a separate submission from the Committee on the Administration of Justice about HET governance arrangements and operational independence.

Afterwards, the NIPB committee’s Chair, Mr Conall McDevitt MLA, said that Committee would seek a meeting with the PSNI Chief Constable on the matters raised by Dr Lundy’s work.

Her full report, which will be published in an academic journal in the near future, suggests that some of the HET’s procedures may be found to conflict with Article 2 of the European Convention on Human Rights. Article 2 requires investigations of fatal incidents involving State agencies to be independent, effective and sufficiently transparent.

Dr Lundy says that the “ pragmatic approach” – which is the term given it by the HET– raises serious concern in respect of compliance with Article 2 of the ECHR. “The soldier is interviewed as a witness, rather than cross-examined as a suspect, thereby dispensing with the need for formal caution. The ‘pragmatic approach’ appears to be a recent development in HET procedures and as far as can be established is specific to RMP cases…”

She continues: “Perhaps with the best of intentions in mind, the HET justify this approach as ‘a classic dilemma’ – no information for the families or adopt a pragmatic approach in the pursuit of some answers for them.

“This implies a ‘truth recovery’ process. However, the HET cannot offer the guarantees and/or incentives deemed necessary to encourage ‘truth’ recovery, i.e. immunity or amnesty. In the absence of such guarantees, suspects would run the risk of self-incrimination.

“Participating in such a ‘pragmatic process’ does not appear to reveal any greater level of substantive information than previously available in the original papers.

In some instances the HET have interviewed soldiers under caution. In relation to the legal obligation for disclosure of case papers to suspects in advance of interviews under caution, the reports says that in some cases the HET appears to have taken “a very wide interpretation” of the range of papers it has supplied to army lawyers.

Dr Lundy adds: “It is of considerable concern that there appears to be inequality in treatment where State agencies (in this case the military) are involved, compared to non-state or paramilitary suspects.

“There are examples in paramilitary related historic cases where suspects have received significantly less fulsome pre-interview disclosure. There is no clear rationale for this less favourable differentiation in treatment.”

In interviews under caution, soldiers also give HET a pre-prepared written statement. This has the benefit of full disclosure and weeks in preparation with the assistance of lawyers.

“The statements tend to be a repetition of the original argument advanced in the RMP interview. The process does, however, offer the soldier an opportunity to bolster his original statement by plugging any gaps in his defence and to include some additional descriptive self-serving detail.”

Her reports makes clear that the HET does not have a written policy or a procedural document for identifying, tracing and interviewing soldiers involved in fatal shootings.

“This raises concerns about standards and procedures, decision making and transparency.”

The HET is a special unit attached to the Police Service of Northern Ireland which is re-examining all the killings that occurred during three decades of ‘the Troubles’ (which do not directly involve police in the death). In that period some 3,300 people died in about 2,500 incidents.

It began its work in earnest in 2006. The unit examines records and exhibits, scrutinises original interview statements, can re-interview potential suspects and witnesses, and liaises with the families of the dead.

Following a judicial review in 2003, that arrangement was deemed flawed. In 2007 the HET undertook to recall all completed reports relating to RMP cases that it had given the families of victims. By November 2011, the HET had completed 36 'RMP case' reports, some re-examined by the unit for the second time.