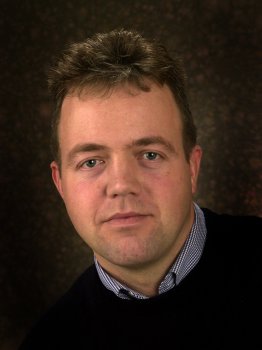 Marine research by Ulster scientists was part of a special Titanic Centenary event at the new Titanic building in Belfast.

Professor Derek Jackson (pictured) from the Centre for Coastal & Marine Research at the University of Ulster, and an RGS committee member, initiated the event.

"This is a fantastic opportunity to bring to public attention, the global role being played by Ulster’s marine scientists,” said Professor Jackson.

“We are working on coasts from the poles to the tropics to understand how coasts work and how as a society we can co-exist with the dynamic shoreline.”

Presentation topics included the latest research on shipwrecks of Ireland (Dr Wes Forsythe, University of Ulster), how modern survey techniques help reveal unique insights into the sea bed around the British Isles (Professor Derek Jackson). There was also a presentation by Professor Andrew Cooper, University of Ulster on the wide range of international projects Ulster's marine scientists are involved in.

Dr Robert Ballard, a former United States Navy officer and a professor of oceanography at the University of Rhode Island, most noted for his work in underwater archaeology, detailed how the wreck of the Titanic was discovered and explored.