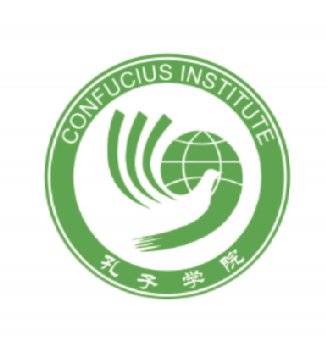 China is the new America – that's the message being relayed to Northern Ireland entrepreneurs at a series of businessbriefings hosted this week by the Confucius Institute at the University of Ulster (CIUU).

Three briefings have been organised by CIUU in conjunction with Londonderry Chamber of Commerce, Carrickfergus Council and Belfast City Council.

Speaking at the University's Magee campus today, businessman Philip Gilliland, who is President of the Londonderry Chamber of Commerce, stressed the need for Northern Ireland companies to engage with China.

Mr Gilliland, who has extensive commercial experience in developing markets in China, South Asia and Eastern Europe, told his audience of business people, entrepreneurs and academics: “Entrepreneurs really need to get the message that China is the new America in terms of market.

“We need to culturally understand how the Chinese operate. We understand American culture because we see it on television all the time. However, we will have to work a bit harder to understand culturally what makes Chinese people tick.”

The business networking breakfasts are part of a series of events organised for Chinese Culture Week, celebrating the launch of Northern Ireland’s only Confucius Institute at the University of Ulster by China’s most senior woman politician Madam Liu Yandong.

Professor Cathal Brugha of UCD, author of ‘Doing Business in China’, who is also addressing the briefings, observed: “China wants to build relationships.

“It wants to do business and there are great opportunities for anyone. Chinese people are competent, hard working, focused and family orientated.

“Business owners here need to think long term and be prepared to travel to China again and again and fall in love with the place. It’s also a place for young people and the opportunities for success are enormous.

“China wants to get back to where it was in the 19th Century – a major trading power in the world. They want to do business with us because we are English speaking, we’re friendly and we’re in Europe.”

The briefings explore opportunities for local companies to build relationships in the Chinese marketplace.

The Belfast City Hall briefing will also feature contributions from Homson Shaw of Zhejiang University of Media and Communications and Co-Director of the Confucius Institute, from Professor Pol O’Dochartaigh, Dean of the Faculty of the Arts at Ulster, and from Alderman Christopher Stalford, Chair of Belfast City Council Development Committee.

Eddie Friel, from Ulster’s Office of Innovation, said: “Local companies are always looking to develop their export markets and, China, given its position as the world’s most populous nation, provides a massive opportunity.

“It is important that companies research their markets thoroughly and are aware of the issues which may confront them, particularly when trying to access a market with a different business culture.

“The University of Ulster currently has two of its Spin-Out businesses active in the Chinese market. It has proven to be an excellent sales opportunity, as well as a supplier, providing competitive advantage to our own technological base.

“Participants at the event today had the opportunity to hear from speakers who have significant experience of issues that might confront local businesses when breaking into new markets, and have been given excellent guidance on how they might overcome such challenges.”

A ‘Doing Business in China’ briefing is taking place in the Jubilee Hall in Carrickfergus Town Hall at 7pm this evening and at 8.30am tomorrow in Belfast City Hall.

For further information on Chinese Culture Week or to view a full programme of events across the University of Ulster’s four campuses visit: http://www.ulster.ac.uk/confucius/