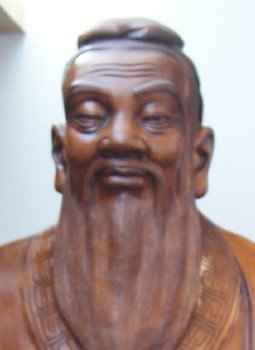 The University of Ulster has been chosen by the Confucius Institute Headquarters to be home to a prestigious institute aimed at fostering closer ties between China and Northern Ireland.

The Confucius Institute for Northern Ireland at the University of Ulster (CINIU) will develop academic, cultural, economic and social ties between the two countries.

The institute, whose Northern Ireland headquarters will be based in Coleraine, will be part of a network of 322 institutes in over 50 countries which promote and teach Chinese language and culture and facilitate cultural exchanges aimed at fostering trade links with China.

The institute will operate in partnership with the Zhejiang University of Media and Communications in south-eastern China.

University of Ulster Vice-Chancellor Professor Richard Barnett, who signed the agreement with Hanban, the Confucius Institute HQ which is an offshoot of the Chinese Ministry of Education, said the setting up of CINIU was a seminal moment for Chinese-Northern Ireland relations.

“The University of Ulster is delighted Hanban has chosen our bid to establish a Confucius Institute in Northern Ireland, based in Coleraine but operating across all our campuses,” Professor Barnett said.

“Confucius Institutes not only promote the teaching of Chinese language and culture but facilitate the training of language teachers, cultural and academic exchanges and research into China’s education system, economy, the arts and society.

“In doing so, they have become a vital cog in the relationships China builds with the countries in which they operate.

“The Confucius Institute at the University of Ulster will also act as a catalyst for the further development of business links between China and Northern Ireland.  We look forward to working with the business community to ensure that Northern Ireland gains maximum benefits from this exciting new initiative.

“The setting up of CINIU will enable the University  to significantly expand our Chinese language and cultural teaching which currently includes the part-time Diploma in Mandarin Chinese on our Belfast campus and our BA Hons Applied Languages and Translation course.

“It will also provide a valuable resource that anyone in Northern Ireland wishing to build partnerships with China can and should avail of - whether they are in education, business, the arts or government.”

Professor Shaojian Peng, president and vice chancellor of Zhejiang University of Media and Communication, welcomed the setting up of the CINIU.

“Zheijiang University of Media and Communication is delighted to work closely with colleagues in the University of Ulster and is very excited about our partnership,” Professor Peng said.

“We very much look forward to the relationship between China and Northern Ireland flourishing through the work of the universities through CINIU across all levels – academically, commercially and culturally.

Professor PÃ³l Ã“ Dochartaigh, Dean of the Faculty of Arts, explained: "CINIU's mission will be to work with government, business and academia to enhance Northern Ireland's profile in China while promoting a greater interest in this part of the world in Chinese language, culture, society and business.

"CINIU has been set up with an initial five year plan and we expect by 2016 it will have made a significant contribution to strengthening Chinese-Northern Ireland relations."

"We will achieve this by:

While having its administrative headquarters in Coleraine, CINIU will also operate offices in the University's Belfast campus.

Audio: Professor Pol O Dochartaigh discusses the aims of the new Confucius Institute with David Young of the Department of Media and Corporate Relations