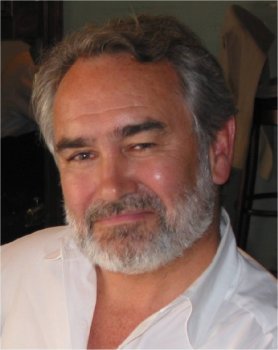 Professor Scott Kelso, Visiting Professor at the Intelligent Systems Research Centre at the Magee campus, has received the Bernstein Prize - the highest award of the International Society of Motor Control (ISMC). The accolade is for his life’s work in the area of brain science which has helped lead to a better understanding of brain disorders.

Professor Kelso is originally from Derry and now lives in the US. He is Glenwood and Martha Creech Eminent Scholar Chair in Science and founder of the Charles E. Schmidt College of Science’s Center for Complex Systems and Brain Sciences at Florida Atlantic University (FAU).

The Bernstein Prize is awarded biennially to an individual who has made exceptional contributions to the development of the area of motor control and how the brain coordinates movement. Professor Kelso and his colleagues’ seminal work in this research area has been widely published academic journals such as Science, (1979 and 1988), Nature (1998) as well as other prominent journals in the fields of neuroscience, physics, biology and psychology.

Professor Kelso said he was deeply honoured and humbled to receive the Bernstein Prize, named after a person who is held in such high esteem. Soviet neurophysiologist, Nikolai Aleksandrovich Bernstein was one of the pioneers in the field of motor control and motor learning.

“At the same time, I am grateful to all my teachers and professors for inspiring me to work in this scientific field and to all my students and colleagues for their genius, talent and labour without which this award would never have been possible.

“What is at stake now is that we all work together to understand the ‘neural choreography’ of the brain, both the ‘dancers’ and the ‘dance,’ and how the dance is disrupted by the many brain diseases that afflict society and are such a drain on our welfare and economy. This is the ultimate challenge - understanding how the brain is coordinated,” he said.

Professor Martin McGinnity, Director of the ISRC explains that it is a great honour to have such a distinguished and world renowned scientist as Professor Kelso contributing to the work of the ISRC.

“We are extremely fortunate to be able to attract such an eminent research scholar to join us in the ISRC. Professor Kelso’s experience, insight and depth of scientific understanding, together with his extensive international collaborations and profile are of immense value in helping us develop our important new CNRT team. From the ISRC we want to express our most sincere congratulations to Scott for receiving this well-earned award.”