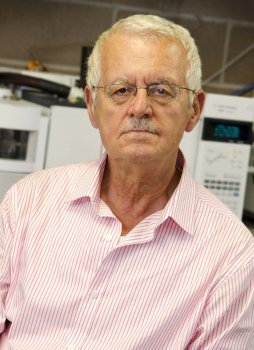 Safeguarding lives during a fire in a new generation of aircraft – in-flight or after crash landing – will top the agenda at a major University of Ulster conference this week.

The AircraftFire project is introducing a comprehensive methodology for the increase of passenger survival and will focus on a number of related themes.

These include assessing aircraft fire behaviour by developing fundamental researches on composite material properties, relevant fire scenarios and the response of passengers during evacuation.

Experts from the University’s Institute of Fire Safety Engineering Research and Technology (FireSERT) have organised the two-day conference, which is the second meeting of the FP7 AircraftFire project 2011-2014.

Professor Michael Delichatsios, FireSERT Acting Director, said it was necessary to study and assess fire risks for relevant areas, specific zones of the aircraft and the entire aircraft.

“The AircraftFire consortium – composed of aircraft manufacturers, aviation authorities, research establishments and universities – aims at gaining and applying the necessary knowledge to quantify the fire risks in the new generation of aircraft.”

Professor Delichatsios said the specific objectives of the research were to reduce the consequences of in-flight and post-crash fires and enhance the survivability of passengers and personnel.

“Today, the simulation of fire propagation and passenger evacuation in aeronautics suffers from a lack of data regarding material properties and credible models of fire behaviour,” he explained.

“Relevant and necessary data for the proposed advanced simulation will be gained by experiments which are, as yet, not available.

“The first step of the project is a sound analysis of existing data and information maintained by aviation authorities worldwide, in order to identify and classify the relevant fire related scenarios for in-flight and post-crash fires.

“The second step, led by FireSERT, involves the development of computer models to predict the fire hazard in an Aircraft using fire material properties measured in a laboratory.

“Possible improvements of fire detection, extinction and operational procedures will be investigated in this specific context.

“The resulting, consolidated information on materials and fire behaviour will be introduced into fire growth and evacuation models.

“This evolution of simulation capabilities will lead to a better tool for fire risk assessment and for better prediction of passenger survivability in fire related incidents and accidents in aviation.

“In addition, the AircraftFire project undertakes several activities to transfer the academic research to innovation for the aircraft designers.”

The AircraftFire conference is being held at the University of Ulster’s Jordanstown campus this Thursday and Friday, September 29 and 30.

For more information contact: Robert Morley, Business Development Manager at the University of Ulster’s School of the Built Environment on 028 90368222 or Professor Delichatsios on 028 90368701.