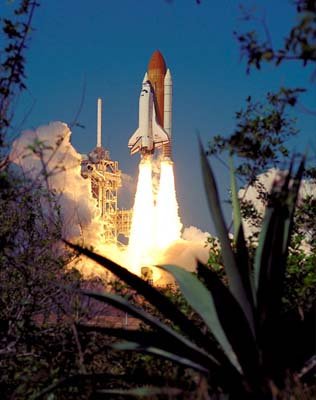 The successful launch of the space shuttle Endeavour this week should be an important signpost for technology innovators here, according to a University of Ulster computer scientist with strong links to NASA.

The United Kingdom space sector is a growth area that continues to develop despite the current economic climate, he says.  “Today's successful Endeavour space mission is a timely illustration of the potential for space research to be a field of rich endeavour for Northern Ireland technology.”

Mr Sterritt is a leading innovator in space exploration systems research who has collaborated with NASA scientists over the past eight years.

He said: “The 260 companies that are involved in the UK space sector have an annual turnover of £7.5bn.  Northern Ireland has contributed much to the world as a birthplace of invention in engineering technology.

“The aerospace industry here continues to consolidate that reputation and its historic and contemporary success puts us in a prime position to grow and develop in the space sector.”

Mr Sterritt lectures in Informatics in the School of Computing and Mathematics and is a member of the Computer Science Research Institute at Ulster.