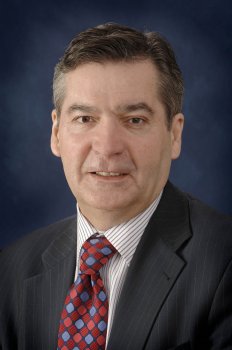 The next Assembly and Executive will have a critical role to play in helping find short- and long-term solutions to problems in Belfast's Holylands, the University of Ulster’s Vice-Chancellor said today.

Professor Richard Barnett paid tribute to the efforts of around 80 volunteers from the University of Ulster, QUB and Belfast Metropolitan College yesterday alongside community and political representatives, the PSNI and Belfast City Council to minimise anti-social behaviour on St Patrick's Day.

The Vice-Chancellor said: "For the second year running, following months of planning and hard work by the academic institutions and other agencies, there was no repeat of the serious disturbances in 2009 in the Holylands.

"I would like to pay tribute to the many student volunteers, University of Ulster staff, chaplains and the efforts, in particular, of our Community Relations Officer Una Calvert and our Students' Union President Adrian Kelly, whose cool heads and rapport with young people helped defuse potentially difficult situations.


"The fact that we again avoided a repeat of St Patrick's Day 2009, while welcome, is not, however, a cause for celebration. In fact it only emphasises the need for short- and long-term solutions to social problems in the area.

"As they did last year, University of Ulster staff and students will be reviewing what worked and what didn't work on St Patrick's Day and throughout the academic year.  I have no doubt all agencies and academic institutions working with the residents will be doing the same.

"However it is clear that what we are doing, as we said last year, is applying a sticking-plaster solution to the problem on St Patrick's Day.

"It was clear to our staff and student volunteers again this year that a lot of young people who are not students come into the Holylands, drink excessively and treat the area as a party zone or some kind of rite of passage and, in some cases, engage in anti-social behaviour. That issue will need to be addressed.

"The year-long problems of anti-social behaviour involving a minority of students as well as significant numbers of non-students, and tackling other crime in the area will need imaginative solutions, as will the need to tackle the binge drinking culture, housing and public realm issues.

"Those problems cannot be addressed by the academic institutions, the Holylands community and other stakeholders. Their resolution will require the ingenuity and commitment of the next Assembly and Executive, working alongside the community in the Holylands, the academic institutions, the PSNI and Belfast City Council in  both the short- and long-term."