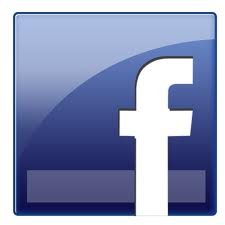 Social networking has helped bring communication to a completely new level and University of Ulster’s Alumni Facebook site has been voted one of the best.

In a public vote, the Alumni Facebook topped the category ‘Best use of social media by a school/college/university’  at the inaugural Northern Ireland Social Media Awards (NISMAs ) and needless to say, everyone at the Alumni office was delighted.

Alumni Relations Assistant Brid McLaughlin says the global reach of Facebook makes it a very cost effective and efficient way for them to keep in touch with graduates.

“Facebook is just one of the tools we use to communicate with graduates but increasingly we’re finding that if we want to let know people about forthcoming events like reunions, Facebook is the way to do it. Once we post it on Facebook, word gets about very quickly.

“Graduates can also post messages on the site looking for old friends or to organise reunions. The feedback on the site has been really positive - I don’t think we have ever had a negative comment.”

Brid adds that prospective students are finding the social networking aspect of the Alumni Facebook site very useful when weighing up options about what and where to study.

“Last year an Erasmus student asked for advice on coming to Coleraine campus to study and eight people responded telling her that she’d have a wonderful time.  It‘s very encouraging for potential students when they get such positive feedback from graduates. ”

The Alumni Facebook site has 2935 fans on its Facebook page. Not surprisingly the biggest concentrations are in the UK, Ireland and the US but the global reach of the University of Ulster’s Diaspora goes much further with Facebook friends in more than twenty countries worldwide including Sweden, Singapore, Australia, Japan, Saudi Arabia India and Taiwan.

The public were asked to nominate their favourite social networking sites for the Northern Ireland Social Media Awards. Nominations from 4259 people were received for 17 categories. The top 10 in each category went through to a public vote with 6138 people voting for the finalists.

The winners were announced in a video ceremony on the NISMA YouTube channel  http://www.youtube.com/nismatv,  or you can see the video on the University of Ulster Alumni fanpage on Facebook facebook.com/NISMAwards