Ulster Academic Gives 'Children of the Revolution' a Voice 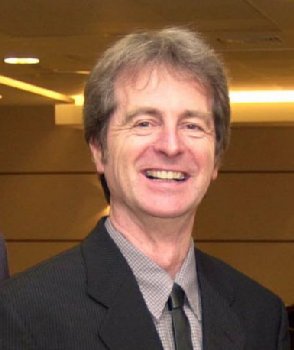 A new book by University of Ulster academic, Professor Bill Rolston (pictured) gives a unique insight into the lives of children growing up during the Troubles in Northern Ireland when a parent was directly involved in the conflict.

‘Children of the Revolution’ tells the story of the Troubles from the perspective of sons and daughters of republicans and loyalists in what is a powerful – and at times poignant – narrative.  Recounting their childhood experiences of police and army raids, prison visits, absent or deceased parents, they speak movingly about how their parent’s activities impacted on their childhood.

For the past thirty years, Bill Rolston, who is Professor of Sociology in the School of Sociology and Applied Social Sciences at the Jordanstown campus, has written and researched widely on numerous aspects of society, politics and culture in Northern Ireland.

His recent research, which focuses on transitional justice and the legacy of the Northern Ireland conflict and the complexities involved in dealing with the past, identified a gap in knowledge in relation to children of combatants. ‘Children of the Revolution’ gives some of these children a voice for the first time.

Professor Rolston explains: “A  lot of stories have come out of the conflict but one that seemed to be off the agenda was how children of republican and loyalist activists coped with the decision of a parent to become involved and how this decision affected, first their childhood and then their adult lives.”

The stories of twenty people are included in the book, including the sons and daughters of high profile activists like John Lyttle, the son of UDA chief Tommy Lyttle; Gearoid Adams, son of Sinn Fein President,  Gerry Adams and  Cathy Nelis, daughter of former Sinn Fein MLA Mary Nelis.

Others were interviewed for the book but their stories were not included.

Professor Rolston admits that he went up some blind alleys while carrying out his research.

“Some people were easy to persuade, while others initially agreed to be interviewed but subsequently withdrew their permission for the transcripts to be used in the book because of the impact their views could have on other family members. Others did not want their names included or opted to use a pseudonym.”

Each person was interviewed at length and while the stories included in the book are a personal reflection on how each individual was affected by their parent’s involvement, he says there were a number of common threads running through their stories.

In particular, he was struck by their resilience and ability to get on with their lives.

“Some rejected the parent for their involvement; others accepted and said they understood why their mother or father got involved. Most though were ambivalent: they might not have done the same themselves, although they realised how important it was for their parent to be involved but acknowledge that this involvement did affect them when they were growing up.

"Although there may be others who have never have recovered from their parent’s involvement, those whose stories are included in the book definitely come across not victims but as survivors who have been able get on with their lives as mature adults.”

Professor Mary McColgan, Head of the School of Sociology and Applied Social Sciences, said Professor Rolston’s has an international reputation for his work.

“This latest publication is further testimony to his skill as a researcher because the authentic voice of the young people recounting their unique experiences emerges from their stories, shedding light on a topic which has not been the focus of attention to date.”

‘Children of the Revolution’, published by Guildhall Press, is released on Thursday July 28. Professor Rolston will read excerpts from the book and answer questions at Falls Road Library at 6.30 pm on Thursday July 28 as part of Feile an Phobail Festival 2011.