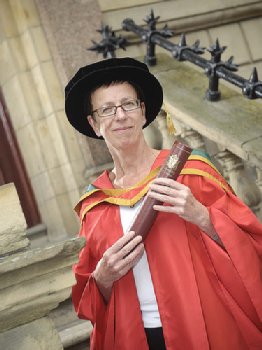 After studying Philosophy, Politics and Economics at Oxford, Kate was employed as a policy officer at the Greater London Council and went on to hold a number of other positions in local government before moving to the Refugee Council where she spearheaded the UK emergency evacuation programmes for Bosnia and Kosovo.

Kate has led successful campaigns to secure UK government support for the United Nations Arms Trade Treaty, the Council of Europe Convention on Action against Trafficking in Human Beings, and the closure of the US detention centre at Guantanamo Bay.

Kate holds dual Irish and UK citizenship and is a regular visitor to Northern Ireland to support Amnesty International events. She has actively supported the organisation’s campaign work in Northern Ireland including efforts to legislate for a Bill of Rights and, more recently, for the establishment of an inquiry into historic institutional child abuse. She has also worked closely with local teachers to develop bespoke teaching resources for the teaching for human rights in primary schools in Northern Ireland.